Holidays Around the World: Crete

Most people know Crete for the Minoan culture (which birthed the Greek Mythology) but what is less known is that Crete holds some of the oldest manmade rock dwellings in the world.

The Matala caves were dug out by men in the late Stone Age known as the Neolithic Era. That means these caves date back to around 11,000 years BC.

Over the years the caves were used for a variety of purposes from home dwellings to graves to a favorite hippy hangout in the 60’s, including some famous ones like Joni Michell and Cat Stevens.

By the time I visited there in 1996 you could no longer stay in them but you could visit, which was awesome!

Matala was my home base while I was in Crete but I didn’t stay put. Having a keen interest in ancient cultures, I fanned out to Knossos to visit the Palace of King Minos where he kept the gigantic Minotaur in his labyrinth. The palace is approximately 4,000 years old.

One of the causes of the downfall of the Minoan civilization is said to be the eruption of the great volcano in the island group Santorini, which I also visited. Sadly for me I had a bad case of sugar deficiency and went down like a puppet without a string. So I don’t remember much from that particular excursion. The volcano is dormant but not dead and it is said that the next eruption of it will completely wipe Santorini (which exists of 6 islands, all of which populated) from the face of the planet and the shock and aftershocks will be felt all the way to North Africa.

Santorini is easily recognizable by it’s pure white walls with blue domes. The island is small, only 18 km (11 miles) on 6 km (3.7 miles) but is covered in churches. 250 of them! 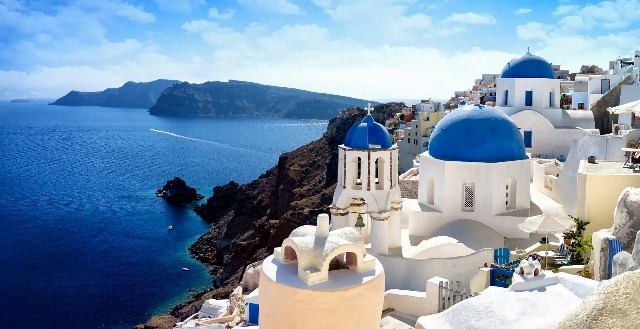 Crete also sports a 14 million year old gorge that is almost as long as Santorini. The Samaria Gorge, the world’s narrowest gorge and up to the 1960s inhabited. You need good walking shoes, a fair condition, and a cautious eye if you want to reach the end of it in one piece. For if you fall there is no way to get an ambulance down there. You will be lifted on a donkey’s back which will take you back up the long long stairs to the top of the gorge where you can then be transported to a hospital by more modern means. This happened to a lady during my trip down there. She hadn’t watched her feet while walking and ended up falling over a ledge and broke her ankle.

I also recommend taking a partner that isn’t trying to set a new world record in reaching the end and has no consideration for you whatsoever. Or you know, do what I did and just ignore him. That works too. Karma took care of his tuchess when she tripped him on the stairs in Kronos and he got to spend the rest of the trip limping behind me. Got to love the sense of humor of those ancient Greek Gods.

Anyway! Samaria! Definitely a must do!!

You only get to do it during the summer and spring because in winter there’s a river running through there. 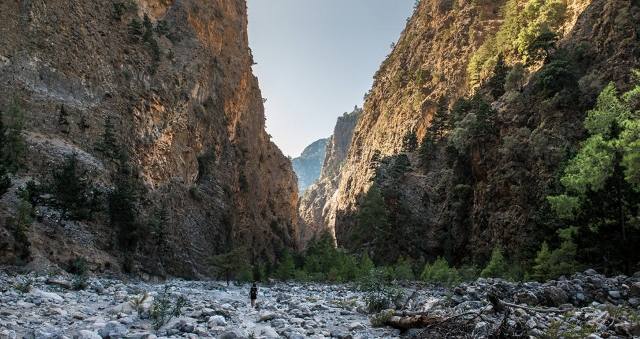 Crete is most definitely worth while a visit. Whether you want a lazy, uber relaxing sun-beach-cocktail vacation or a cultural adventure into the ancient past or are more into exploring the wild natural beauty of both land and sea, this island has it all.

If you’re lucky, you’ll even get to see some of the endangered Kri Kri (so sad to hear they’re endangered). I can tell you, it’s quite a wonder seeing these little ones in action. I got a little acrophobia just watching them in action. 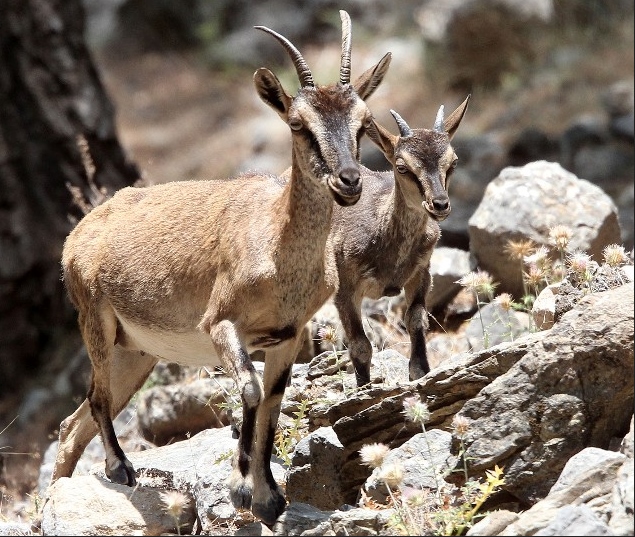