Holidays Around The World: Baba Marta

The month of March is very special for all Bulgarians. For one thing, our national holiday is celebrated on the 3rd of March. For another, we look forward for the joyful traditions associated with the so called Baba Marta (Баба Марта).

The national folklore tales usually present the fictional character Baba Marta as an old woman who rules over the month of March and frequently has arguments with her brothers – February and January. Those family quarrels make Baba Marta laugh and cry often which is the explanation for the changeable weather during this month in our land. Even though she is quite vengeful against women who offend her in any way, Baba Marta is a loved character and a lot of traditions are dedicated to her and winning her good favour.

Probably the most famous tradition is the wearing of martenitsi (мартеници). Martenitsi are red and white coloured bands or figurines that symbolise health and happiness, a lucky charm against evil spirits. People make them, or nowadays usually buy them in advance, and give them to their family and friends, even attaching them to animals and pets. People start wearing them on the 1st of March and you can see people pinning martenitsi to their clothes or wearing them around their wrists. 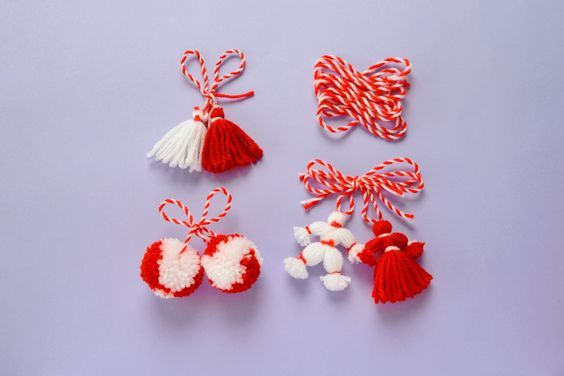 Popular kinds of martenitsi are the figures of a boy and a girl. They are called Pijo and Penda. Pijo, the boy, is made of white wool with some red elements and Penda, the girl, is made of red wool with white elements. It’s believed that they represent Yin and Yang bit in a less philosophical way. 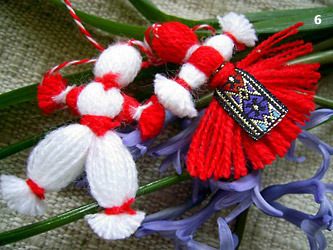 In general, the white colour represents purity and innocence while the red colour represents life and health. Wearing those colours symbolizes not only the hope of prosperity but also the anticipation of the spring. In Bulgaria we have some legends that link the origin of the martenitsi with the arrival of Khan Asparuh on the Balkans in 681 A. C. He was the first ruler of our state and he found it by forming an alliance with the Slavic tribes already living there. While he was busy with political issues, his sister arrived and was trying to find a way to cross the Danube river. She tied a long white ribbon to the hawk’s leg but then an enemy’s arrow killed her and part of the white ribbon was stained red from her blood. Khan Asparuh was devastated and ordered every year red and white ribbons to be worn in memory of his sister. This legend, however, is highly exaggerated since even though martenitsi are worn mainly in Bulgaria this tradition is followed in different areas of the Balkan peninsula too.

The martenintsi are worn till the first blooming tree is spotted or the first swallow or stork returns. Those authoritative signs of the upcoming spring signal that the martenitsi should be removed. Once removed there are several things that could be done with them. Most people tie them to blooming trees so they can have a lot of fruits in the fall. Another option is throwing them in a river. It’s believed that the running water will take away all the evil the martenitsi protected its owner from. A third possibility is to put the martenitsi under a rock. This way in a month you can check on it and if there are ants under the said rock, the year will bring a rich harvest. 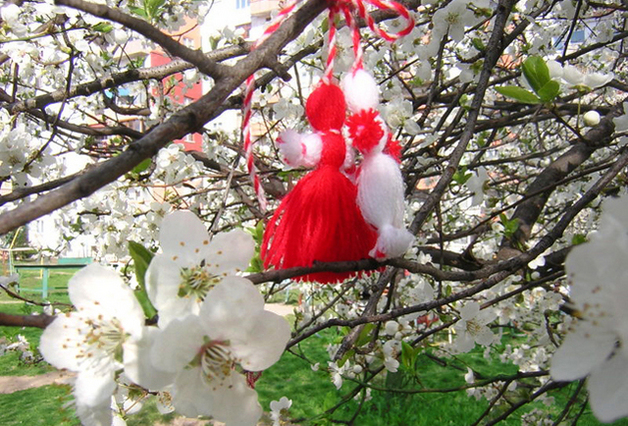 Nowadays this tradition has been commercialized. Markets are organized from the middle of February selling a huge variety of martenitsi. Oddly enough most of them are not even made in Bulgaria. The common simple models are replaced by fashionable accessories in red and white and extravagant woollen dolls that are to be put in your house rather than being worn. Nevertheless, kids are still enjoying the celebrations and can’t wait to get their martenitsi which are also a fine crafting project for their parents. 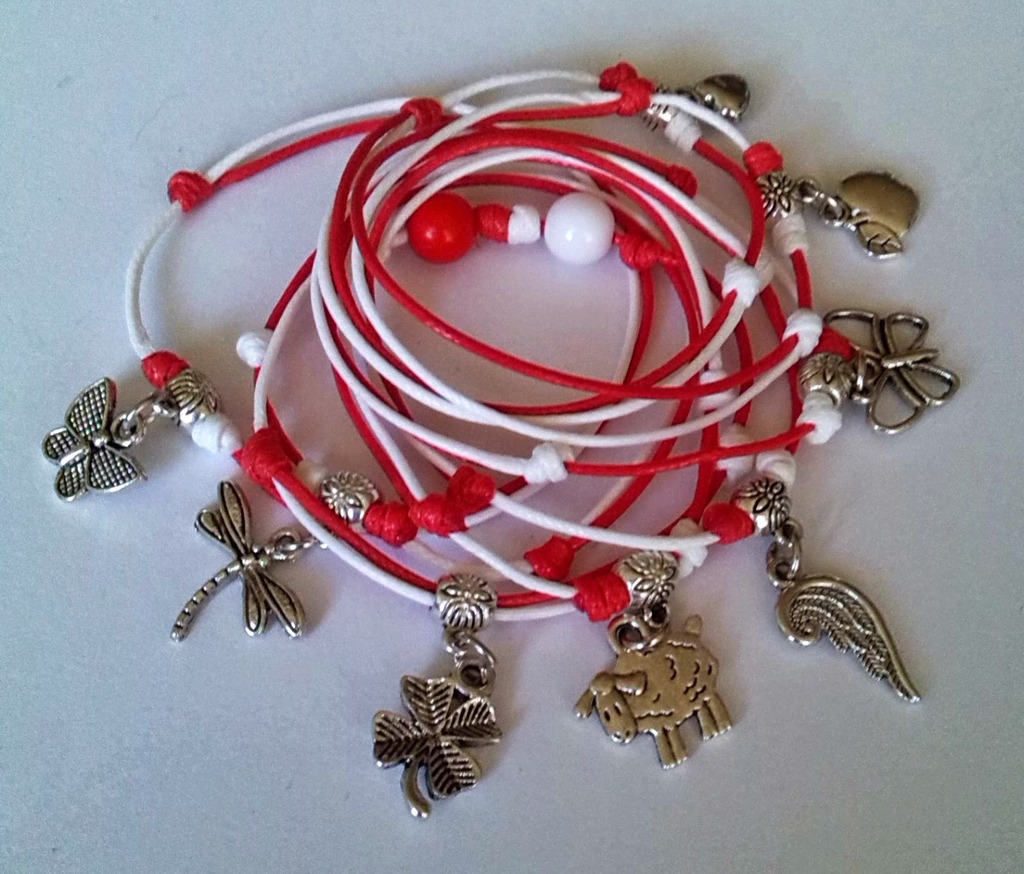 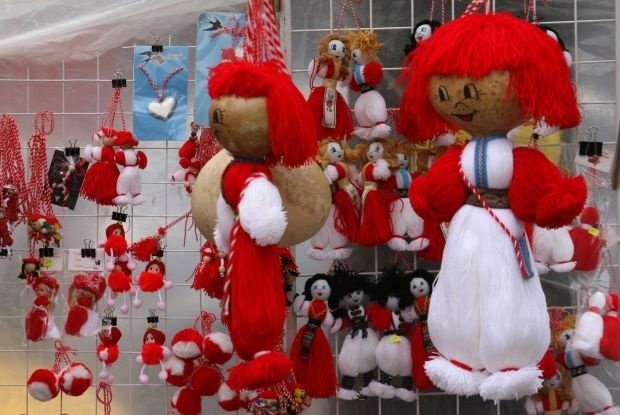