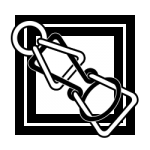 Faile and her company meet Galina who tricks them and they are trapped under a collapsed building. Maighdin tries to channel and move the scarf Galina used to mark the building to attract help. The wolves start howling announcing the beginning of Perrin's attack on the camp.

Faile sees Dairaine entering the tent. She notices the group is dressed and makes an excuse about returning a book and tries to leave, but Maighdin claims she is lying and they tie her up. Alliandre and Maighdin discuss killing her and hiding the body. Faile steps outside and sees a large group of around forty gai'shain. She briefly worries about how they had learned she was leaving. She sees Theril, who tells her they had all come to see her leave. Bain tells Faile to tell Gaul that Chiad is gai'shain to a man with strong hands, whose heart is fire.

Arrela and Lacile join them and they move on to an old inn, where Faile retrieves the binding rod. They see that the way out is clear, but do not understand why, as gai'shain should be about, fetching water. They move on to see a red cloth, a signal from Galina, on a house that looks very unstable. Galina tells them she has inspected the house and it is quite sound. She goes in and they follow her. Inside, Faile hands over the rod and Galina leaves, claiming to be checking something. Almost as soon as she leaves, the house collapses. They start digging themselves out, but before they have made much progress, there is a further collapse. They are trapped, but can see light outside and the scarf Galina used to mark the building. Faile asks Maighdin to channel and use the scarf to attract attention.

Galina strokes the rod, thinking that Faile and her friends are dead. She hears wolves, from every direction. Thanking the Dark One that she is allowed to ride, she heads to her stores.