The Eye of the World: Chapter 25 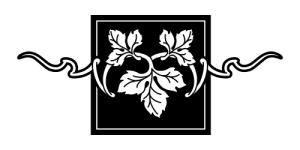 Perrin, Egwene and Elyas meet up with a band of Tuatha'an

Perrin, Egwene and Elyas travel southeast together. Egwene and Bela are nervous about the wolves they can't see. Perrin can feel the wolves and tries to tell Egwene that she doesn't need to worry to which she replies that she isn't worried.

Elyas tells Egwene that the wolves are far enough to avoid any people they meet, yet close enough to help if there is any danger.

Egwene insists everyone take a turn riding, even Elyas. Elyas replies that his legs are good enough for him. Egwene tries to argue that it makes sense to take turns, but Elyas just looks at her with his yellow eyes and she backs away.

As they approach a large grouping of trees, three dogs as tall as the wolves and heavier appeared snarling and baring teeth. Perrin gets his sling ready, but Elyas stops him. Elyas raises a finger and whistles high and shrill, the dogs growling ceases and they step back watching his finger. Lowering his whistle and finger together, the dogs lay down happy as pups. Elyas pats the dogs and says that there will be Tuatha'an, Tinkers. Egwene doesn't like the idea of meeting Tinkers, she thinks they're thieves. Elyas says they steal no more than any other folk and Perrin says he's always wanted to meet a Tinker and suggests they stay with them for the night. Elyas says they may as well stay with them, but not to listen to what the Tuatha'an say. Elyas thinks their views are foolishness. As they walk into the woods, Perrin feels the wolves stay back. The wolves avoid people and were contemptuous of the dogs that gave up their freedom.

The Tinkers camp consisted of colorful wagons that were more like houses on wheels. The Tinkers themselves wore clothes as colorful as the wagons, so colorful it hurt Perrin's eyes to look at. The Tinkers played music and danced, children played with dogs. The music and merriment stops as Perrin, Elyas and Egwene walk up and everyone stares at them. A man, Raen-the Mahdi (old tongue for 'Seeker' - the leader of the Tuatha'an people) approaches and says they are welcome to their fires and asks if they know the song. Elyas replies with a bow and says he does not know the song. The man then says they will continue to seek then and welcomes them to dinner, the merriment picks back up again.

Raen and Elyas already know each other from years back. Egwene asks about the song that was mentioned and Elyas says that it is what they seek, that it was lost during the Breaking of the World and when it's found again the paradise of the Age of Legends will return. Elyas says the Tinkers don't even know anything about the song but believe they'll know it when they find it.

They join Raen at his campfire and meet Ila, Raen's wife and Aram their grandson. Aram takes a liking to Egwene. Aram mentions the Way of the Leaf and Egwene asks about it. Aram explains that the leaf lives its appointed time, doesn't struggle against the wind, does no harm and lastly falls to the ground to nourish new leaves. Perrin asks what it means and Raen replies that no man should harm another person whatsoever. Raen says 'violence harms the person who does it as much as the one who receives it.' Elyas grows impatient with the talk and calls for enough of it, he says people don't like Tinkers because they preach their Way of the Leaf and that it lures young folk away from their homes. Raen is patient with Elyas and Perrin's views. Perrin tells Raen he doesn't look for trouble, but if someone caused some for him, he'd give it back to them. Egwene finds it interesting to meet someone who doesn't think his muscles can solve everything. Aram invites Egwene to show her the camp and she accepts going off with him. Raen says Aram is a good lad, but seems to find the Way of the Leaf a hard way to live.

They eat dinner and after lighting their pipes, Raen tells a tale about a band of Tinkers crossing the Waste two years earlier. The Tinkers encountered a group of Far Dareis Mai-Maidens of the Spear who had gone into the Blight and were returning when they were attacked by Trollocs that had followed them. The Maidens were all dead save one who crawled to the Tinkers wagons to give them a message despite her loathing of them. "Leafblighter means to blind the Eye of the World. He means to slay the Great Serpent. Warn the People. Sightburner comes. Tell them to stand ready for He Who Comes With the Dawn." and as she continued her warning message, she died. Raen thinks Elyas might know something, but he doesn't.

Perrin thinks over the Aiel woman's message and wonders about Elyas when Egwene returns, singing to herself. Egwene says Aram is a nice boy and she had fun dancing, laughing and eating dinner with him. Egwene suddenly throws her arms around Perrin and weeps into his shirt begging him to tell her that their friends are alive. Perrin says they are and she brushes tears quickly from her face, saying goodnight and giving him a kiss on the cheek. Perrin thinks that Rand might have understood what just happened, but he himself doesn't. Perrin hears the wolves howl in the distance, they would be waiting for him in his dreams.

Overconfidence in their own knowledge/Acting on poor information

As with many things people believe, this is just because she has heard stories, not due to any personal experience.

Why are the Tuatha'an allowed across the waste?

Probably because the Aiel refuse to have anything to do with them, including stopping them.

Once they cross, do they enter Shara, or just come straight back?
Why do the Aiel call the Tuatha'an Lost Ones

These two are connected, and to do with the origins of the Tuatha'an and how the Aiel completely avoid them. When the Tuatha'an first split from the Aiel, the Aiel leader said they were "lost" because they had decided to no longer serve the Aes Sedai. Other than Wise Ones and Clan chiefs, no Aiel know this.

Why do some young Aiel men think they have been called to slay the Dark One?

Who is "he who comes with the Dawn"

The prophesied leader of the Aiel. We see very early in the first book that the rebirth of the Dragon is not the only prophecised figure

What is the Eye of the World

A pool of saidin. We discover this in this book

What does it mean to blind the Eye of the World?
What was Raen going to say about Elyas?

Possibly that he was once a warder

A bit of an exaggeration, but we see Trollocs in the Waste the first time we go there