The Fires of Heaven: Chapter 36 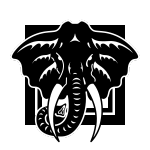 Elayne is watching Birgitte sleep, listening as she calls out for Gaidal Cain to wait for her. Birgitte looks better than she did earlier, but is still pale and drawn. Nynaeve eventually returns from her walk, and she has obviously been crying. Nynaeve tells Elayne that she would like to watch Birgitte. "You sleep. I will watch her. I have to watch her." Elayne stands up and goes outside for a walk, leaving the other two women alone.

Elayne finds Thom and Juilin outside by a small fire. Juilin hands a silver arrow to Elayne, saying that he found it when he and Thom discovered Birgitte. They seem to know who she is, though Elayne holds to her promise of not telling anyone about Birgitte. Juilin and Thom tell Elayne that Nynaeve was acting very distraught. She cried on Thom's shoulder and apologized for every cross word she has ever said to him.

Elayne decides that Thom and Juilin deserve to know at least some of what is going on. She tells them about Tel'aran'rhiod and Moghedien, the Black Ajah, and the Forsaken. She tells them that they may leave if they wish, but they both say that they will stay.

Elayne goes back into the wagon that she shares with Nynaeve. She manages to get Nynaeve to go to bed, and although Elayne had intended to stay up and watch Birgitte, she falls asleep too. When she awakens, it is to find that Birgitte is also awake. They speak for some time, and Birgitte decides to be Elayne's Warder and friend.

The next morning, Nynaeve is waiting on Birgitte hand and foot, since she still feels that it was her fault that Birgitte was pulled out of Tel'aran'rhiod. They leave their wagon and Birgitte ends up betting Valan Luca that she can out shoot him, one hundred crowns of gold to his one. She shoots four arrows at a target, the second two splitting the first two right down the shaft. Luca is delighted. He decides that instead of having Thom throw knives at Nynaeve during the show, he will have Birgitte shoot arrows at Nynaeve. Birgitte tells Luca to call her Maerion, since that was her name during one of her former lives.