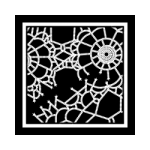 Rodel defeats the Seanchan but loses half his army. The Dark One's touch affects the White Tower.

Rodel surveys the battlefield, half his army having been killed in the victory. He meets Turan who is dying from a spear wound and explains how he tricked him, by using the Seanchan reliance on raken against them. Turan tells him that Suroth won’t accept the defeat and will send a larger army, who will be better prepared and won’t make the same mistakes, after Rodel. Rodel says he knows this but he fights because he must. Turan asks Rodel to kill him, which he does, beheading him.

As Egwene talks to Leane during her nightly visit, Leane’s cell begins to melt. Musarin and Gelarna are able to use air to pull her to safety, but the meeting comes to an end. Egwene tries to return to her cell, but finds herself in the Brown quarters. Maenadrin and Negaine ask her why she is there and all are astonished to find that half of the Brown quarters and the novices have simply switched positions within the Tower.