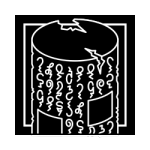 At Selene's urging, and to avoid grolm, Rand takes the group back to their world through the Portal Stone.

After the group realises that grolm are hunting them, Rand wants to outrun the grolm but Selene warns that "They don't give up, not ever". Rand insists that he can kill the five grolm and leads the group up onto "a low, round hill, bare of trees". Using the void, Rand manages to slay each of the grolm by shooting it in the eye with an arrow. While Rand was still using the void, "The light called to him, and he... reached... towards it". This was an attempt to reach for saidin but he was interrupted by Hurin and the void shattered. Rand realizes that he feels alive when he reaches for saidin but the thought horrifies him; "He wanted to go back into the void".

However, shortly after this, the group hears the barking of yet more grolm and Rand realizes that he can't slay all the grolm he will meet. He decides, at Selene's urging, to find the Portal Stone that Selene used to enter the Portal world; "Lead us to this Stone, Selene". Selene leads them to the Portal Stone, which is in a "hollow nestled below them in the granite". The group gather round the Stone and Rand seeks the void. Through the void, Rand is able to channel saidin in to the Portal Stone, "He was one with the Portal Stone".

The channeling allows the four of them to return to the real world. However, Rand's first thought is that he wants to continue to hold on to saidin but "he let it go regretfully". Selene tells him that what he did was "remarkable", transporting four people and their horses. Rand however, doesn't know what he did to activate the Portal Stone and asks Selene to not tell anybody about the Portal Stones since he doesn't "understand it, and neither will anybody else". Selene promises to keep it a secret.

There is a problem though because Hurin has lost the scent of Fain and the Trollocs and Rand fears that they have lost them for good. Selene then explains that some events "have a shadow of that reflection even before the event occurs" and so they have been tracking where the Trollocs are going to be.

Rand then wishes to send Selene back to Cairhien but she refuses, saying, "A few days will see if I'm right". She then reminds Rand of the power the Horn will give him but he "doesn't want anything to do with legends". They then decide to find a camp before darkness falls and while they are riding, Hurin promises that "I'll never sleep again without first seeing what kind of stone there is nearby". The plan for the following days is to find where they left the trail and wait for Fain and/or Ingtar and the others.

Why is Selene’s mount not affected by the grolm?

Why is Selene’s mount not affected by the grolm?

She may be using the Power to calm it.