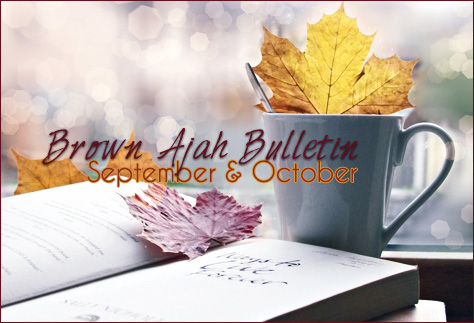 Welcome to the Brown's fall issue of the Brown Bulletin.
There has been alot of goings on in brown these past couple of months. So keep reading to be clued in on some of it.

We had two bondings as well.

Rinwyn and Amarande bonded at D*con this year and here are pictures. Congrats you two may your bond last and bring you much joy. 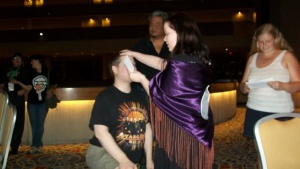 Sindra and Sataere also bonded this month. I think its a great match .. if they survive it that is. Good luck and joy to the both of you.

Well we have been quite busy editing our wiki headquarters and so we also updated the brown description.

Description of the REAL Brown Ajah

You can also check out the other mundane description at out headquarters ;)

"Several of the Sisters of the Brown Ajah decided it was time to show their warders just how much they love them.
Here are some of our poems about our beloved warders."

I wonder if this was to show love or to embarrass / annoy said warders. =P

This year the Browns had alot of fun with the theme.

We went as a cat heard .. You know the saying 'Like herding a bunch of cats.' referring to a difficult task.
Well The idea for using this our shaoman theme came from a quote from Cassie to Adolla about talking over the Brown Ajah.

A few images from the theme.

We also took over the tower while Mother was gone and covered it in snow cone and yarn.

Brown Ajah Member of the Month

Since we are covering two months in this issue we are having two memebers for Member of the Month.
Cassie and Adolla Sedai, to say thank you to the old HoA and celebrate the instalment of a new HoA. 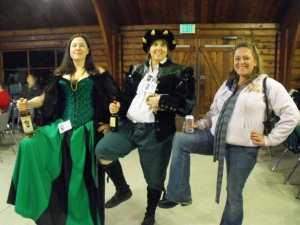 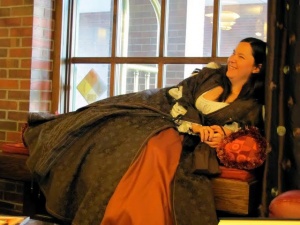 When did you join the Brown ajah?
I joined Brown as an Accepted (before guesting) back in late 2005 I think. I was raised to Aes Sedai in Brown at D*Con 2006.

What was your first position in the Brown Ajah?
The first position I held in Brown was Sitter. I took over mid-term for Sela around the time of Anni 2007.

What made you decide to serve as HoA?
I had served as Sitter twice, was Heart for Serenla twice, and so when she took the job as Director of Membership, it just seemed natural for me to apply for the job as Head. It didn't hurt that I like being in leadership roles.

How was being HoA for you, Do you plan to serve again at a later date?
What do you think you brought to the ajah, how do you feel you affected it for the better? I loved being HoA! The best part was being able to help the Aspirants work toward Senior Membership. If I ever give up my job as Mistress of Revels (also fun when it's not stressing me out) I would more than likely apply to be Head again at some point. It really is a fabulous job to have.

What brought me to the Brown Ajah was meeting Browns in real life. I don't know if I would have actually chosen Brown if I hadn't met Naomi at my first D*Con. And I'm sure I wouldn't have remained if I'd not met several other Browns at 5th Anni. I don't know that being part of the Browns has really changed me any. It's given me a ton of friends, but I'm still the same person I was before I joined the site. I think that's what I love about the Ajah, there is no adaptation needed. 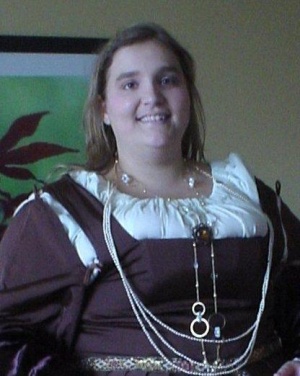 When did you join the Brown ajah?

What was your first position in the Brown Ajah?

I'm not sure, possibly sitter.

What made you decide to serve as HoA?

My ajah means a lot to me and I wanted to be able to give back after so many years. I was also curious. I am Brown.

How has being the HoA been for you so far?

It's been fun so far. Just sorta getting into the swing of things figuring out what I need to do. No big surprises yet.

How do you hope you will affect the Brown Ajah during your time as HoA?

Well I would hope the ajah stays mostly the same. We may not be the most active ajah but we have a dynamic that works for us.
I mostly want to make sure it keeps working and that we raise people who find us and fit into that dynamic.

This time the poll was about being able to read and walk.

Do you read while walking?

Elandria - I've been doing it as long as I can remember.. The first time I can pinpoint was during 6th grade though. Before that.. I can't promise anything.

Aloren - Yeah I read while walking when I am at home... I do that quite well as I know were everything is. (unless I step on a stray toy =P)
In school I used to walk and read but I would run into things and people.

Cassie - I don't read while walking often, but I've never had a problem managing it. I have excellent periphery vision so I can read and still see where I'm going.

Ismene - I can read and walk beautifully. It horrifies my husband. *snickers*

Darim - I wouldn't even try!

Frank Herbert's Dune is one of the most acclaimed and classic Sci-fi series of all time. When I read these years ago I enjoyed them greatly and until recently, unaware of the books written by his son Brian Herbert and Kevin J. Anderson. So while I was looking for something to read in our house I came across copies of the prequels of Dune. I started Dune, House Atreides hoping that it had the same feel and writing style as the original series. I was not disappointed.

The book as well as the two after spans the generation before the first of the original Dune series. We come across familiar characters at a earlier point in time and with more depth into the events leading up to the original books. Herbert's son does a wonderful job at capturing the depth and complexity of the original series, including the insightful quotes at the top of every chapter from historical figures in the Dune world.

Anyone who was a fan of Dune will enjoy the return to the Dune world and new readers could pick these up and then move on to the original series with some ease. I wish I had found them earlier and look forward to reading the rest of the Dune books Frank Herbert's son has authored.

Our amusing antics and brown outs will be back next month.

Thanks and See you next month!