This was a contest during the second week of the Forum Triad Olympiad in 2020.

The challenge was to come up with the best caption possible for this photo: 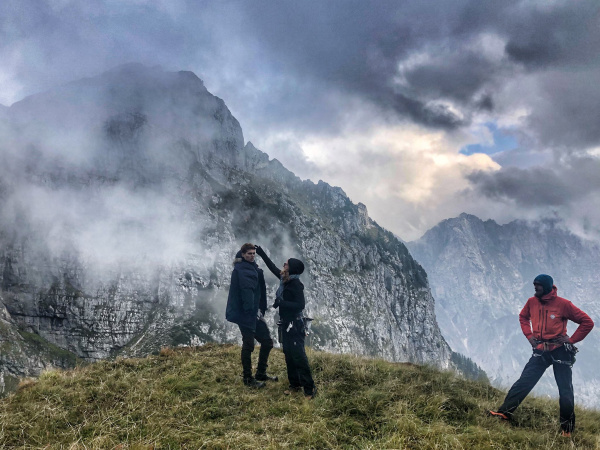 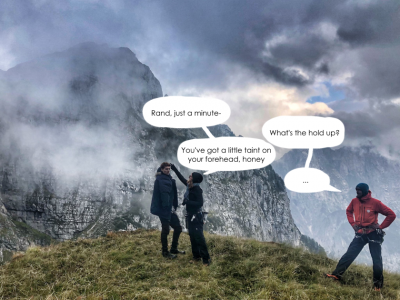 Your 'Dragon Reborn' is showing too early. If I could just reach a bit further...' #ShortAesProblems

Make Up: I'm so sorry I'm late. I had to dodge all the protesters.

Josha: What? Why would there be protesters here?

Make up: Who knew that WoT fans could be so passionate. Apparently, some of the more militant fans have decided to put an end to the show before things go as badly as they did for GoT.

Josha: Are we in danger?

Make Up: Most likely. But I have more dire news than that, the only hair product I could retrieve was Aquanet.

Can't he just use the Power to fix his hair??

Rand is a man the likes of which haven't been seen since the previous revolution of the Wheel of Time. He comes shrouded in a cocoon of mystery as he makes his way toward becoming the man he is supposed to be. Deep in the Mountains of Mist, he waits for the right moment to strike out on his own to declare himself to the world. But the hardships of the road are no excuse for not looking your best. The Dragon must be reborn...

ok you can pet him but don't feed him, we don't want him following us home

I told you you'd never make the climb with your hands tied behind your back, but you just had try it, didn't you, you great thundering walloper.

It's ok baby, we'll make sure that nasty Dark One doesn't come for you.

Of all the worlds the portal stones had shown him, Rand found this one to be the strangest.

"I wish he didn’t take his role as ‘Lord of the Morning’ quite so literally. I could really use more sleep.” - person at edge of the photo

A wind rose in the mountains of the Czech Republic and artfully tousled Josha Stradowski’s hair. The wind was not the beginning, there are neither beginnings nor endings to the filming of “The Wheel of Time.” But it was a beginning. 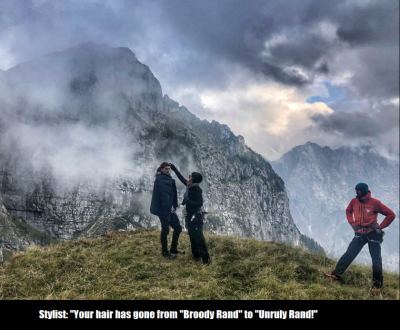