Truly, I wonder what came in my head when I signed up to meet crazy internet people. I mean, it's not like I was one. Oh, wait...

So I woke up on that Friday, happy to have taken the day off, though not that happy that it was my neighbour's drill that woke me, instead of my dutiful alarm clock.

Oh well, packing is ready so I guess that now, I'm all set! 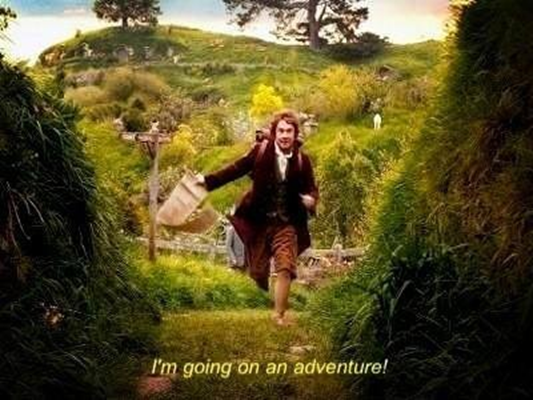 Please note: THIS IMAGE MAY NOT REFLECT THE ACTUAL ITEM

Unlike many other people going to the party I didn't need to fly, I live not so far from Belgium (one of the only pros on being French :p ) so I could take the trains to get there. Oddly enough, going to my place to the station in Paris took me one hour when it's not that far (around 20 km) and it took me only 1h20 min to make the whole Paris Brussels trip.

Now that I had arrived in Brussels (where they speak French, that bit is actually relevant, you'll get why after), I had to find a way to meet the others aka Rit'koma, Chiyuki and Taika, Liljena was scheduled too but she had told us that she would finally be late and would join us later at the party. But first things first, I had to deal with the most important thing. Food. After a quick snack, I decided to find a calm place to sit and message Taika, as she was the only one person whom had given her phone number to me. I didn't even take a few steps after my meal that a guy came to me and asked

Granted, that flashy Wheel of Time T-shirt of mine probably helped him to spot me. After a brief introduction, we managed to gather with Taika, and then Chiyuki (whom we had actually seen wandering aimlessly in the halls of the station, but we weren't sure it was her :p )

And then it began. The wait. My companions didn't know much French, but I'm fairly sure they can recognize the word "delayed" in French now. It looked like all catastrophes were happening at once, from the delayed train due to a power outage to a guy walking on the tracks. That was when having a French speaking person helped the team, since they were making announcements every two minutes telling us something new.

Anyways, I was able to let my comrades know that we'd be, really, really, really, really late. I even vowed never to talk ill of French train networks after having experienced that. The silver lining in all that was that Liljena, who was supposed to meet us at the party after, has actually been able to join us since we were so late.

After many adventures and four hours of waiting, we finally managed to hop aboard a train to Ostende. And then we'd have to take yet another train to get to the party. Fortunately, we called the A-Team to come to the rescue, and two lovely Aes Sedai (Ebona and my awful memory can't allow me to recall who was the other, please forgive me oh my savior!) came to fetch us and save us from the madness of Belgium trains to finally bring us to the venue \o/ 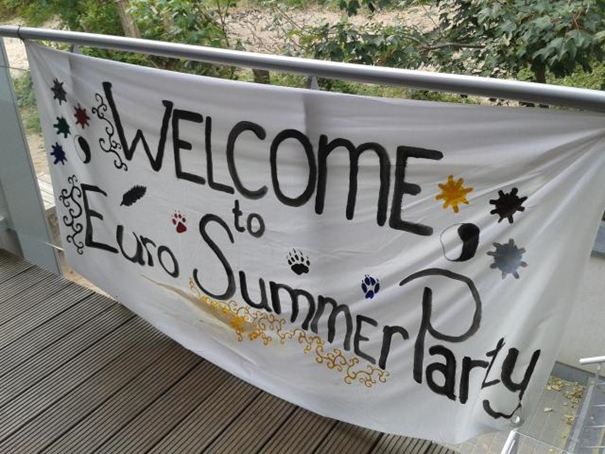 Being there, I was able to join the fun, even though I didn't knew many of the people there. But I wasn't the lowest ranked as a citizen was there for people to pick on so I was fine (I'm kidding but now that I think of it, I don't recall seeing him on the boards again, I hope he wasn't scared off... ). More seriously, I could chat with various people until later in the evening. When I began hearing of talks about South African fish eating pigs (or was it the opposite?) I decided that I was too tired for that kind of crazy and went to bed :p

The day after Heron Gaidin led us to begin our training on the fighting yards. We learned many of the forms described in the books, and I even dueled Heron Gaidin in a heated fight, which ended up with my glorious... 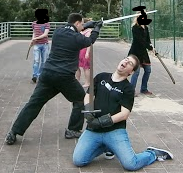 Of course, I let him win

... death. Oh well, that was still very fun and I thank again Heron Gaidin for the practice.

The afternoon was dedicated to the Olympics! \o/

The first trial was building a sand castle white tower and even though all the castles were awesome and their own... identity (I suppose that was some diplomatic speech or something :D ) and with the win of Naeris Gaidin team's castle, which was really awesome.

Unfortunately due to the work of some evil forces, there won't be any photos to display in this article (unless a good soul wants to provide a link :p )

The second trial consisted in a very fun game with a name that only Dutch people can remember! (Okay, I just forgot the name) Explaining the rules here would be a bit tedious, so I won't bother. Just know that it was really fun.

And last but not least, the bonus trial: smash our "volunteers" with water balloons! It's crazy how quickly we can make disappear dozens of water balloons with proper motive! :D I remember landing a clean one on Rit' Gaidin, but Ubah Sedai and Loreniel Sedai are also to be thanked for volunteering to be targets!

On the evening, we had the raisings and those were awesome moments, I found it funny to find that the Aes Sedai doing the raising were almost as impressed as the Accepted! Well I can laugh now, because I haven't been in their shoes. I'm sure someone will make sure to take that back at me if I'm ever raised :p

Then the awards were given away, I won't linger about that but just know that all the costumes were nothing short of awesome! Congratulations again to our winner, Taika "The Brown Monk" Sedai!

And finally was the grand lottery for charity, and many great prizes were offered, including a signed copy of AMoL, nothing less!

Myself, I've been happy -and surprised- with winning what is below. 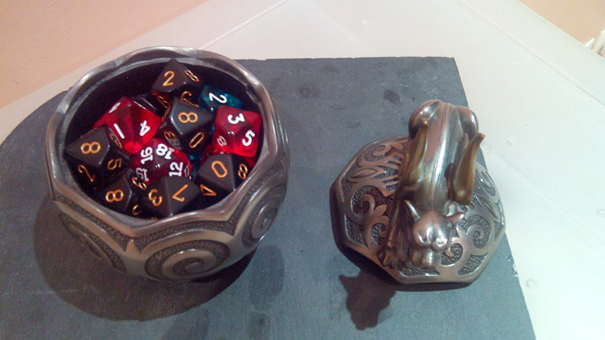 After the mandatory cleaning on the last day, we all made our goodbyes, hoping to meet again. I left with plenty of fond memories of that week end, and hopes to be able to attend another event soon!

In conclusion to my report of my first Europarty, I must apologize because I only brushed the surface (but most of what happens at the party stays in the party :p ). That event was tons of fun, and I have witnessed, strange, unexpected but never short of awesome things there. From the baptism of a European to the exchange of Toh between a Gaidin and an Aes Sedai. More than that, the events allow you to get to know new people and make new friends, simply because you just don't post in the same places in the Tower (it seems like some people don't share my taste for spamming, it's strange I know, but the fact is there) and I met a very close friend there, so yay! Don't worry about not knowing anyone, I barely knew anyone but people are friendly and you'll feel welcome in no time. I take advantage of the article to thank again all the people that helped setting up the event :)

Long story short: Live events are awesome, if you have the chance, make it there guys or you'll regret it!