In January, we asked you all to participate in the TarValon.Net 2010 Membership Survey. Survey results are important to the administration, as they provide the opinions of the members in a condensed and easily comparable way.
The Membership Survey is an annual survey, and is open to all levels of membership, from Guest to Senior Member. The purpose of the survey is to find out what the members think about various aspects of the community.
The survey was open for responses from January 16 until February 15, 2011. This was one week more than in the 2009 survey, to try and reach the less active members.
This year we had 208 respondents, which is only about 2/3rd of the respondents in the 2009 survey. There might be fewer respondents this time due to several reasons, such as technical issues with the survey itself, poor advertisement for the survey, a lack of interest from our members, etc.
The feedback this year is generally positive, but there are always areas to improve. The Membership Survey is a good way to see where we need to focus our attention the coming year.
This report provides a summary of the result of the 2010 Membership Survey. Where large tables of data is provided, these are in a sub page, for maximized readability.

Our members are a heterogeneous group from many areas of the world. Based on this years results, these nations are the largest five: USA, UK, Canada, Norway, and Sweden.
We also have respondents from 15 other countries, but for privacy reasons, we choose not to list them.
We have a high ratio of female members, with 65% female, and 35% male members. (Data collected from the Novice, Recruit, Accepted, Soldier, Aes Sedai and Gaidin user groups.)
The respondents are of all age groups, with a peak in the group 25-34 years old. (See graph)
Our members generally have higher education, and the majority of the respondents have at the very least started some degree in college or university. This includes everyone from a finished Ph.D to the ones who started a degree but never finished.

Community is a strong aspect of the site. TarValon.net wouldn't be anything without its members, and the message boards are the largest area for interaction between members. Other important aspects of the community are the chat rooms and the real life events. It is also worth a notice that our philanthropy department is growing more and more important.

The main reasons for enjoying a forum are: good moderation, a personal interest in the topics, a sense of privacy and confidentiality, and a feeling of belonging or "being home". New members are more inclined to say that they feel very welcome, and old members are more likely to say they belong here, and that this is their family.
The main reasons for disliking a forum includes too little activity, a general lack of interest in the subject discussed, not fulfilling its purpose, and too much spam. There is not much TarValon.Net can do with a general lack of interest in certain subjects, as everyone is different, and the forums with too much spam are the very same ones that other people enjoy because of the large amounts of posts.
There are some work to be done on a few of the forums, where members feel they can't find the information they need, and some forums are more or less dead due to a lack of interest.
There are also a lot of comments about the transition to PHPBB3. There are, as with every change, some who liked the old better, or for various reasons dislike the new, but the majority of feedback is positive.

TarValon.net has three official chat rooms on the network sorcery.net; #wheel, #wanderingwoman, and #oldewarderandhen. #wheel is the most frequent used one, and has many regular users. 81% of our respondents say they use TarValon.Net's official chat channels, and 43% states that they use it more than once a week. 54% said chat was Somewhat or Very Important to their membership.
Among the reasons people don't use chat are: technical difficulties, personal issues with other members, little activity in their time zone and some would like more moderation of the family friendly chat room. Some people have complaints on moderation, but say that they do not use chat. This indicates that some of the respondents might have bad experiences earlier on.
The respondents who use chat frequently are the same people who have the most positive feedback. 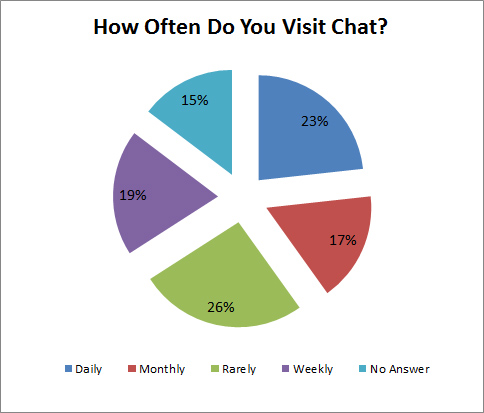 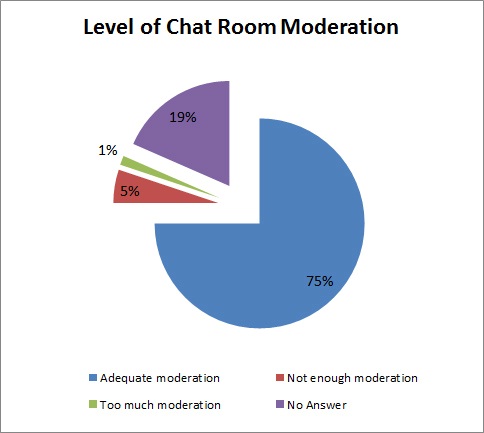 TarValon.net hosts about five official events a year, and 59% said they have attended an Official Event. 89% plan to attend in the future. The main reasons to consider event attendance are the location and the price. As one respondent pointed out, location and price are tightly connected, as traveling tends to cost money... 61% said they have attended a Local Event. The main reasons for not attending Local Events are no other members in the same area, or no interest in setting up a local event. 69% said Events were Important to Membership. To quote one of the respondents: "The social events are the reason I joined the site and why I stay." There were no questions directly about community building, but several of the free-text responses mention events as the glue in the community. There negative responses include things like the location, the value of the money with the attendance fee, the standardization of the events and a lack of information about the budget. 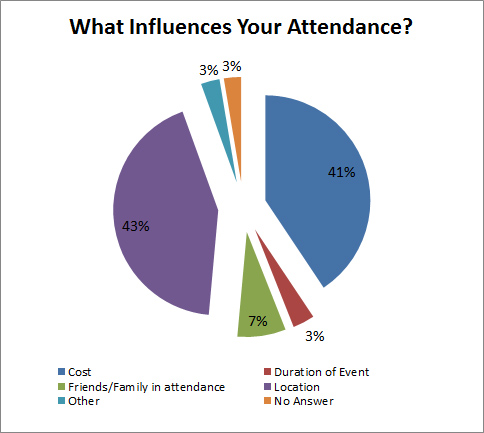 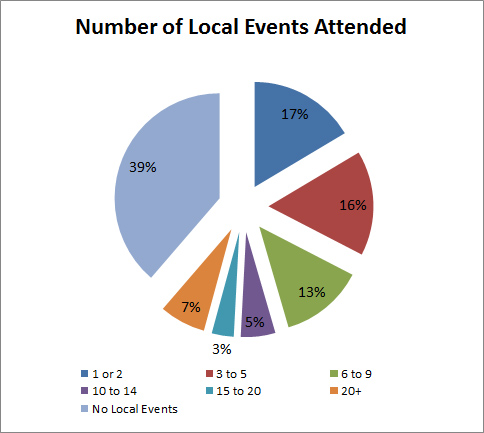 The responses go to either extreme and everything in between. Most of the respondents states that something should be done, but they don't agree on why. Some respondents feels there are unfulfilled potential, whereas others wouldn't notice if they were removed. 69% are members of one or more Guilds; 13% are members of multiple guilds. 14% of guild members do not take part in the guilds. Guild members are slightly more likely to answer that guilds are Somewhat or Very Important to their membership, compared to non-members. (42% vs 32%) Overall, 35% said Guilds were Somewhat or Very Important to Membership.

66% of members read the Tar Valon Times. The ones who don't read it, state that they don't notice when a new issue is out. Several suggests that the announcement of a new issue could be other places than in the General forum. 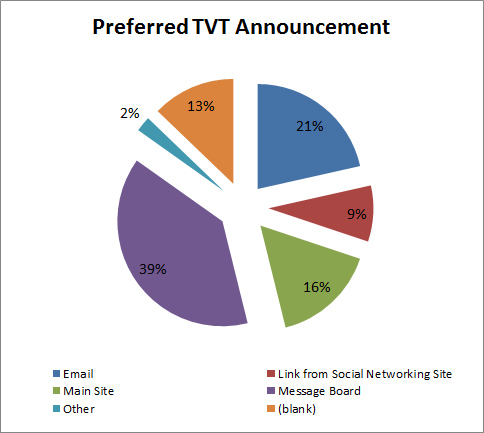 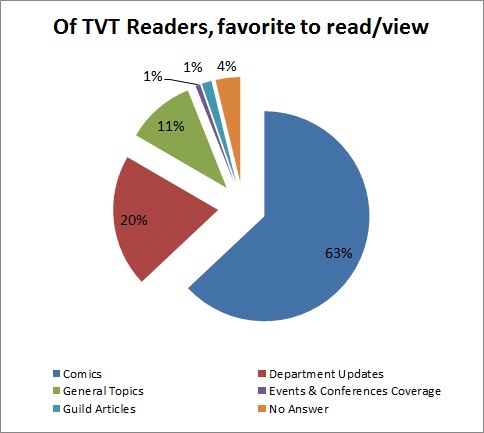 TarValon.net has several philanthropy projects, both for supporting the site and its members, but also to raise funds for charities. 58% of members have made a financial donation to or through TarValon.net., and out of these, 54% have donated more than once. The main reason for not donating is personal budget.
84% are Somewhat to Very Confident that the donations are used appropriately. The ones who are not confident that the donations are used appropriately ask for a higher level of transparency as for what the money is spent on. 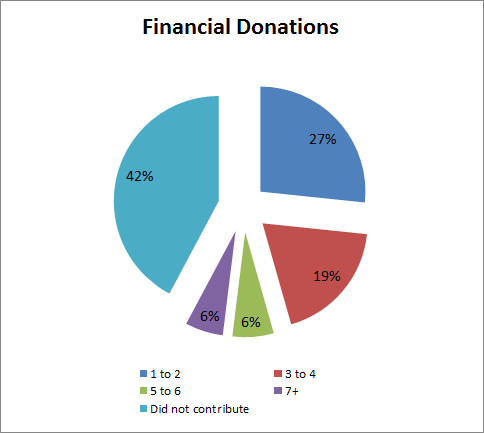 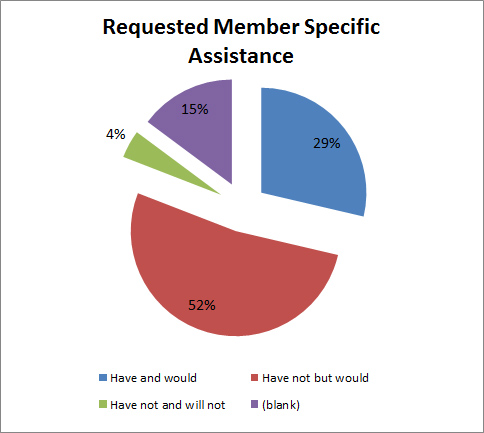 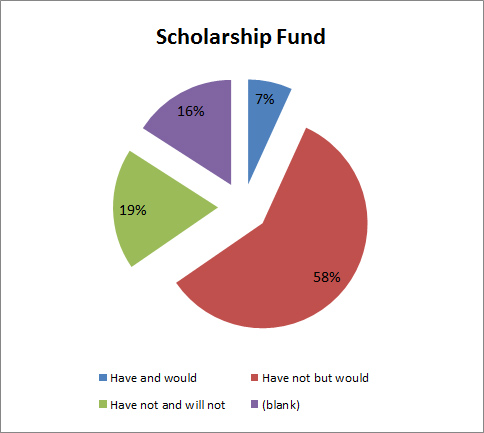 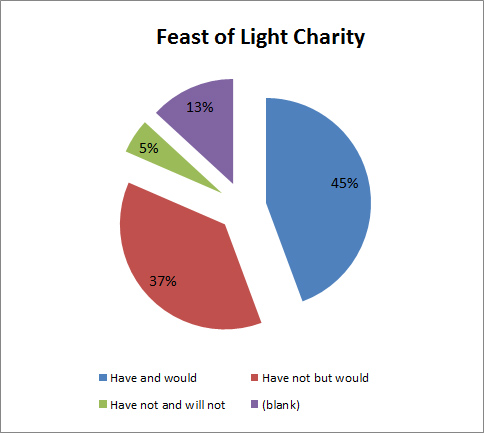 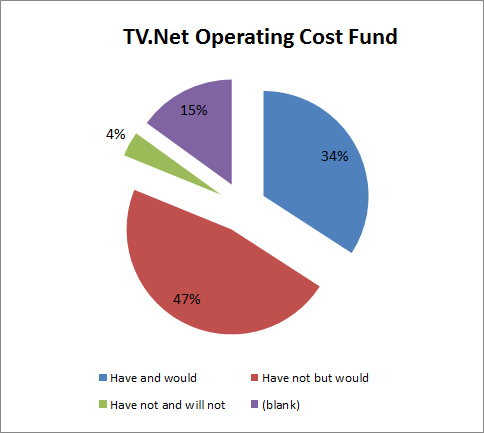 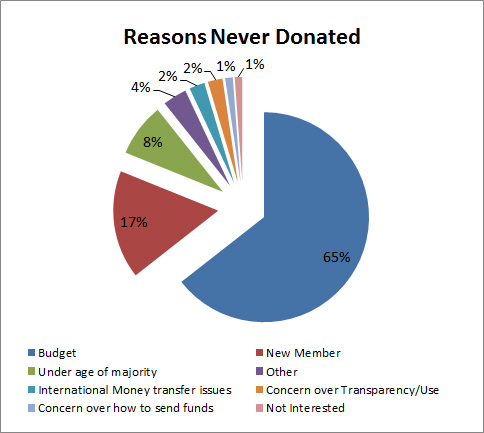 86% are familiar or very familiar with the administrative structure of TarValon.net. This number is approximately the same as the number of Tower Member respondents (85%), and it is natural to draw the conclusion that, when you have been around for a while, you will be more familiar with the structure.
The respondents are generally pleased with their membership admin, and 87% are comfortable or very comfortable with contacting their membership admin. 80% said their membership admins performance meets or exceeds their expectations.
The Directors and the Executives are quite accessible, but there is definitely room for improvement. The Director of Membership is seen as the most accessible, with 73% answering Somewhat or Very Comfortable with contacting her. The least accessible person, is the Director of Technology, as only 48% feels Somewhat or Very Comfortable with contacting her.
Some respondents points to the chain of command, and this is likely to be part of the reason why the Director of Membership scores higher, than many of the others. Also, several of the respondents ask for more involvement on the boards from some of the Directors and Executives.
The respondents are more satisfied with the work the Directors and Executives do. At the very least 59% of the respondents answer that they meet or exceeds expectations, and it's the Director of Community Development who scores the lowest. The respondents are most satisfied with the Keeper, as 87% of the respondents feels the Keeper meets or exceeds expectations.
69% of the respondents have applied for a position at some point. The main reasons for not applying, is lack of time, RL issues, and feeling too new to the site. Some respondents from the lower ranks didn't think they were eligible for the positions opened. 59% said the application process is fair, and 62% said the application process is easy.

The TarValon.net library is a volunteer run collection of information on the Wheel of Time series, history of the website, and the latest news from the TV.net News publications. 85% of the respondents use the Library. 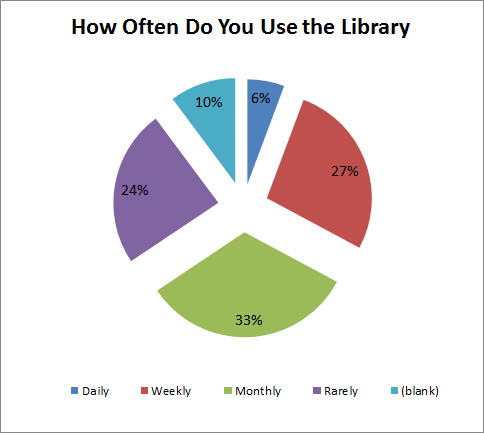 70% of the respondents visit the Ajah/Company pages. 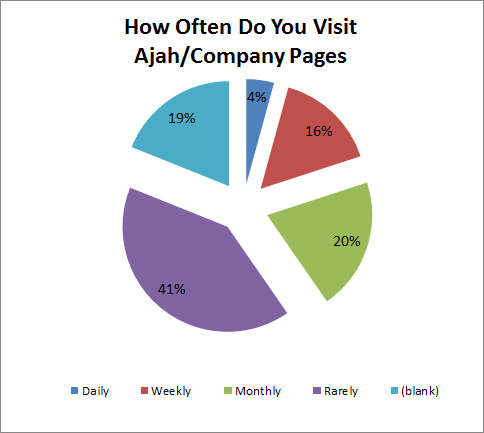 63% of the respondents do not use the TarValon.net email. 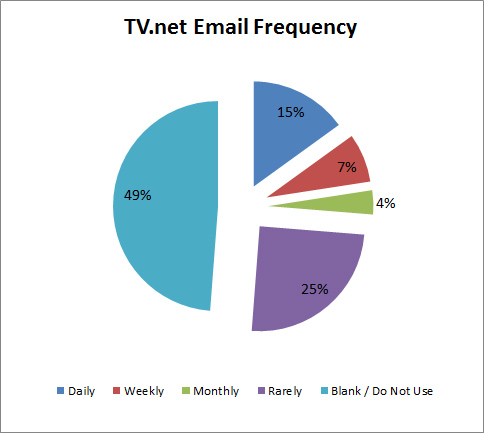 79% of the respondents say they do not shop the Cafe Press Shop store. The most frequent reasons for not buying things, is personal funds and the range of products and sizes.

Among the things learnt in this years survey, is that the members of TarValon.net is generally satisfied with how things are. The one thing that stands out, is how everyone talks about the community, and how they really enjoy themselves on the boards and in the community as a whole. Most of the time, members said they are seen by the Administration, and that they have confidence in the Administration of TarValon.net.
There is, of course, always room for improvement especially with the flow of information. There are several areas where information does not reach the members, such as the budget and spending on events and various minor announcements such as new issues of the TVT, new products in the Cafe Press Shop etc.
We value all feedback on all areas of the community and business of TarValon.Net, and the Membership Survey is a great way for every member to be heard. The data from the survey was presented to every Department Director, and used to back up decisions on the annual Administrative meeting.
We are proud of our community, and we know that we wouldn't have been were we are now without our members. We encourage all members of every level to contribute their opinions in the future, trough all channels, not only the Membership Survey, so TarValon.Net can continue to grow and prosper.
The Department of Administration wishes to thank all respondents, for making the Membership Survey possible.


If you have any questions or comments to the Membership Survey, do no hesitate to contact the Director of Administration on administration@tarvalon.net.