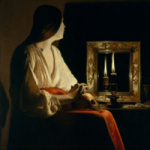 I was drawn to the Brown ajah because it’s relaxed and doesn’t take itself too seriously while staying focused on what really matters. We also have an excellent sense of humour

The Browns in the books seemed more focused on their thoughts than daydreaming but okay. I used to daydream constantly but I don't really anymore, only occasionally. I don't miss the things in my life that I used to daydream about anymore. And yes, I love books, don't we all?

Verin is one of my favourite characters overall so definitely her

A friend recommended the series to me. By recommend I mean she demanded I read it, lol. I don't do anything I don't want to though so the fact that I did is a great endorsement of the series

I usually say The Shadow Rising as I am a huge Age of Legends need, lol. Favourite scene is difficult though, especially as I don’t want to spoil things

I would like to be an Aes Sedai tbh. The freedom would suit me. I don't like people telling me what to do. So I would probably be a Blue or Brown, either away or busy in the library

I saw someone who had "Volunteer at TarValon.net" or some such in their Facebook profile and since I was doing a reread I decided to check it out. Even though a friend recommended the series to me and my brother has also read it, I've never had anyone to discuss it with. Sounded fun

I game and listen to books mostly. Also do some papercrafting and dog training

Everything by Tolkien, Realm of the Elderlings, Cosmere, First Law