Satara is an Aes Sedai of the White Ajah. 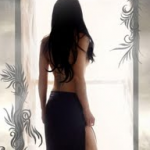 Why did you choose White?

I immediately felt at home there. Everyone was very welcoming, but it was much, much more than that. While Guesting, I didn't feel like I had to pretend to be someone I'm not. I could be myself and I fit in like I'd always been there. I started to really look at the women of the White Ajah, and I realized that the were passionate, quirky, and logical. They could disagree about something without arguing and looked at things in much the same way I did. They are my family, plain and simple.

Are you like the Whites in the Books? Are you a logical woman with no time for emotion in her life?

Not in the least! I can be a very emotional person. I think the logic happens simultaneously with emotion, though. I can be furious over something, and part of my brain still says "You should chill out and think about this." That thread of rationality keeps me from saying things I don't mean or going overboard with my emotions, but that doesn't mean I'm not a passionate or cold person.

Do you have a favorite White Ajah character from the novels?

That's a hard question, as we don't get to know many Whites in the books. If I had to pick one, I'd probably say Ayako. She's described as shy (which I am most of the time) but when she's bonded against her will, she comes to terms with it. She adapts to her situation and her environment, which I find admirable.

I think I started reading maybe four years ago? It's hard to remember exactly but I know it's been about that long.

There used to be this tiny little used bookstore in my town called Don's Books. The owner was into fantasy novels and I asked him to recommend something. He directed me to the Wheel of Time books and I've been in love ever since.

My first instinct is to say Mat. He has a heart of gold but doesn't see himself as a hero at all. However, I'm going to say Moiraine. She gave up everything, her entire life, to fight the shadow and to help Rand and never once complained about it. That takes a very strong woman and I'd be honored to know her.

Favorite book has to be Towers of Midnight. The second reunion between Rand and Tam is totally awesome, as him telling Cadsuane to call him Rand Sedai. Love that whole chapter.

Well, first off I know I'd be somewhere working with horses. Maybe somewhere in Arad Doman... before going off to be Aes Sedai, of course. :D

It was a random google search. I was done with the series, but my mind was still stuck in that world. I found the site and in reading the Membership Manual, I realized just how "real" this place is and I knew I wanted to be a part of it. I was entranced by the idea "I can really become an Aes Sedai!" and the thought wouldn't let me leave.

I don't "work" per se. My father is disabled and needs constant supervision, so I stay home to help my mom look after him so she can work. In exchange for that, she takes care of my expenses even though I'm well over 18.

Horses! I've had horses since I was nine and was a ten-year-member in 4-H. The whole process taught me patience, compassion, and responsibility, and I wouldn't trade it for anything. I'm also a fan of roleplay games, but the text kind. I've even started a few sites of my own which is quite rewarding.

I was raised on country, but I'll listen to anything as long as it's not rap. Country is still what I listen to most of the time because it's familiar and comforting. Most of what I have on my computer, though, is a mix of songs from different TV shows I like.

I like comic book movies and movies based on books. I like the ones that have a unique story line and the ones that make you think. When it comes to TV shows, just about anything fantasy-based. I watch Teen Wolf, Supernatural, Vampire Diaries, and True Blood. If those shows aren't on, the TV is usually on the Food Network.

The Kingkiller Chronicles by Patrick Rothfuss. An absolutely EPIC author and his world is beyond original. His work is literary genius and I'll read anything he writes.

I wanted to be a veterinarian. However, I decided against it after my job-shadowing experience. I was fine during the major surgeries, but I nearly fainted when they declawed a cat. I decided it wasn't the profession for me.