The Eye of the World: Chapter 49 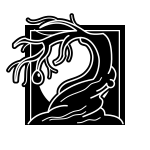 The Dark One Stirs

They find the Green man.

The next morning everybody is eager to get moving. Rand sees Egwene and Nynaeve talking to each other, he can't make it out but he assumes it's about Lan. The party leaves after first removing every trace of them having been at the campsite. They mean to reach the Mountains of Dhoom as soon as they can.

The corruption of the Blight becomes ever more visible and soon even the trees seem hostile to them. Lan's announcement that they might be does nothing to ease Rand's fear. Soon after that the creatures of the Blight start to attack them. After slaying a number of them the company decides to make a run for the mountains. The creatures come in ever greater numbers​. Just when it seems they will be overwhelmed the creatures retreat. Lan hears Worms approaching. The only escape is to get up the mountain pass, Worms fear what lives up there. They make a run for it but as they cross the next rise they suddenly find the Blight gone. They have found the home of the Green Man.

The Green Man comes out to greet them, he recognizes Moiraine, knows Ogier and sees that Perrin is a Wolfbrother. He says a lot of things to Rand he doesn't understand about the People of the Dragon. Moiraine quickly explains they came to see the Eye of the World. The Green Man agrees to take them there.

Rand previously said he might meet an Ogier, the Green Man or an Aiel as unlikely events. He met an Ogier and the Green Man. Will he meet an Aiel, or could being one count?

What is the fissure on the Green Man's face?
What are the Children of the Dragon, what is the first covenant and why is a sword neither then nor now?

Both Loial and Gawyn took Rand for an Aiel, so the most likely explanation is that the Green man is also doing this. This may also mean that the Aiel are the People of the Dragon referred to in the prophecy about Callandoor

While we have no proof either way, this seems reasonable

Is Moiraine right that creatures of the Blight can sense channeling?

The Green Man recognises Perrin as a wolfbrother

What are the Children of the Dragon, what is the first covenant and why is a sword neither then nor now?

The Aiel. We learn early in book two that they won't wear a sword and in book three that their secret name is people of the dragon, but it is not until book four that we discover why. The first covenant is likely their agreement to serve the Aes Sedai and follow the Way of the Leaf

Is Moiraine right that creatures of the Blight can sense channeling?

We do know at least that some Shadowspawn can sense channeling, so it isn't unreasonable