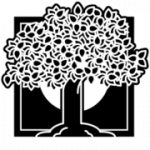 Chapter Icon: The Great Tree of the Ogier

The group travel to Stedding Tsofu and while Verin presses for speed, Ingtar is still uneasy about following the message Fain left for them. Both Rand and Perrin "rode with grim determination" and Perrin breaks his silence by asking Loial questions about the stedding. He asked if wolves could enter the stedding and Loial replied that "only creatures of the shadow" were reluctant to enter a stedding, along with Aes Sedai who "could not touch the True Source inside a stedding". Mat seemed eager to reach the stedding but it was becoming very noticeable that Mat was ill, even though "Verin put her hands on him for Healing" several times.

On the second day after they left Cairhien, the group enter the calm of the stedding. This left "a feeling of refreshment" in Rand, along with the loss of not being able to touch saidin. Not long after they entered the stedding, they meet "Erith, daughter of Iva daughter of Alar" who requests that they leave some of the soldiers outside the boundaries of the stedding because "it is always unsettling to have very many armed humans in the stedding". Ingtar arranges it so that he and Hurin are the Shienarans to enter the stedding and so the group are allowed "to follow Erith deeper into the stedding".

While they walk, Loial explains what the Longing is after he mentions it to Perrin. He explains that "Ogier are bound to the stedding" and if they leave the stedding for too long, the Longing causes Ogier to become weak and eventually die if they don't return to their homes. Before the male Aes Sedai broke the world, Ogier could travel freely without the Longing but when the Breaking occurred, Ogier could not find the stedding. During this period, called The Exile by Ogier, they were first struck by the Longing, "the desire to know the stedding again". Rand is anxious that Loial might be struck by the Longing while he travels with them but Loial explains, "I will know when it comes". Loial also adds "it is a dull life in the stedding compared to travelling with three ta'veren".

While they walk they hear a song sung by the Ogier:

"Clear the field, smooth it low. Let no weed or stubble stand. Here we labour, here we toil, here the towering trees will grow"

While listening to the song, Rand notices a tree "that must have been twenty paces thick" which is identified by Loial as being a Great Tree. The group see many Ogier now, "walking among the trees", who all nodded in welcome. "Rand found himself envying them" for their carefree manner and how "they knew and liked who and what they were". He notices that the older male Ogier wore moustaches and beards while the younger Ogier were smooth-shaven. The older female Ogier had most of their clothes embroidered with flowers while with the younger Ogier "embroidery was limited to the cloaks". Several of the female Ogier paid attention to Loial who was getting more and more nervous, "ears twitching more wildly the further they went". The Ogier houses are built into the "grassy wildflower-covered mounds" and the window frames had "been sculpted by wind and water".

As they walk, Erith points out the other three human guests in the stedding, three Aiel Maidens of the Spear, and Ingtar loosens his sword as if he is afraid that they will attack. His fear is correct because when the Maidens spot them and cover their faces, something an Aiel will only do before attacking. As "they advances at a deliberate pace", Rand, Hurin and Ingtar draw their swords and Perrin "had his axe half out of the loop". Mat refuses to hurt a woman and doesn't ready his bow while Verin and Erith try to stop the Maidens by asking them, or in Verin's case, ordering them to stop, "Stop this immediately". Loial talks about a pact; "Remember the Pact", to get them to stop but they only halt their attack when another Ogier, Juin, persuades them to stop, "Put up your weapons". Once reminded of the Pact by Juin, the three Aiel appear extremely embarrassed and "uncovered their heads and faces", apologising to Juin. One of the Maidens, Rhian, explains that they felt threatened by seeing armed men in the stedding.

Juin then addresses Verin and asks her to accompany him to see the Elders and Verin gives "the Aiel a regretful look" as though she would like to talk to them. The Aiel study the rest of the group, giving Rand stares of contempt because "He is wearing a sword". Ingtar is surprised that they stopped their attack "once they veiled their faces" but Erith explains that the Aiel "would not break the Pact once it was recalled to them" and that they visit the stedding for sung wood. Stedding Tsofu has two Treesingers and Erith tells them that "Stedding Shangtai has a young Treesinger", not knowing that he is in fact Loial. Erith then leads them to a house made for humans where they can wait; "the Ogier had done their best making something that would be comfortable for humans".

Once there, Mat and Perrin explain that they think that looking for sung wood was an excuse and the Maidens were looking for He Who Comes With the Dawn. They explain their meeting with Urien to Rand and add that they think that the Aiel may in fact be looking for Rand, "since you're the only Aiel we know". Rand denies the connection even though what Tam and the Amyrlin said connects him to the Aiel. As they wait in the house, Ogier women bring in "water and towels and fruit and wine" for the group and as time wears on and more Ogier come to see them, Loial becomes more and more nervous. When Rand asks him why he has "been as nervous as a cat in a dogyard", Loial explains that he is afraid that one of the young female Ogier will want to be his wife. According to Ogier customs, "If a girl sees a boy she likes, she goes to her mother" or if a mother sees a suitable male Ogier, she will tell her daughter. The mother then contacts the mother of the male Ogier and the "next thing the boy knows, his marriage is arranged". Male Ogier have no say in the arrangements and so Loial is very worried about this. "If they discover I'm Outside without permission", Loial knows that he will be married to a young Ogier extremely quickly and she won't let him leave the stedding "until I have grey in my beard".

Although Mat laughs at this and says, "Among us, men do the choosing" but when Rand thinks about it, his relationship with Egwene was arranged similarly. After Mistress al'Vere and Tam talked, since Kari al'Thor had died, everyone "had acted as if he and Egwene were promised". Rand points out to Mat that his father never did "anything your mother really didn't want him to do" and Mat stops laughing. Juin then comes into the room and asks them to accompany him, "The Elders would see you". Loial is very reluctant to go but Rand and Mat convince him to go, "I bet it isn't about you at all". Loial points out that he doesn't have much choice, "Stay and get married, or travel the Ways".

What is the Pact?