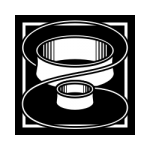 Nynaeve hires Domon to take them from Falme once they have rescued Egwene.

Min walks out of the building where the damane are kept and hears Egwene's shrieks of pain, "she was not accustomed to feeling so helpless, so useless". Shaking and crying, she runs away from the building in an attempt to get away from the screams, only to find Elayne and Nynaeve close to the damane quarters. When they see that Min is crying, they correctly guess that something has happened to Egwene but she lies to them, saying "She's as well as can be expected". Min fears that if she tells the truth, Nynaeve will do something stupid and end up being collared by an a'dam.

As they walk down to the harbour, Min explains that she has found a ship, "I found a ship captain who I think will take us", and Nynaeve agrees that it would be a good way to get away from Falme. When the question of price is raised, "we do not have money for passage", Min admits that "I never got that far". The captain wants to leave but the ships patrolling the harbour make that hard because "there's no way of telling if there's a damane on one of those ships". He wants a damane on his ship to fight back but since he doesn't, he is afraid to sail and Min has had to try to convince him. Min also tells them that they have to act quickly because "they're going to send Egwene back to Seanchan, and soon".

Elayne wishes that they had an army nearby but Nynaeve points out that "It isn't swords or brawn we need now but brains". Min tells Elayne that the Seanchan are very good fighters, "The Seanchan were outnumbered and they won every battle easily", and Nynaeve that she can get one of them into the building where the damane are kept. Nynaeve has several ideas about Egwene's escape and asks to be taken to the captain, saying "If he is any harder to handle the Village Council I will eat this coat". As they walk down to the harbour, Min sees two auras, one around Nynaeve and one around Elayne. "A man's ring of heavy gold floated above Nynaeve's head, and above Elayne's, a red-hot iron and an axe". The auras conveyed a sense of danger for them in the future but what kind of danger, Min doesn't know.

They meet the captain in The Three Plum Blossoms, hastily changed from The Watcher due to the Seanchan invasion, and he is Bayle Domon. When Nynaeve mentions sailing, Domon tells her that "it will be an even wager whether he (Turak) do let me go or have my head cut off". He also tells them that if he can leave the harbour "without a damane rips the Spray to splinters", he will be able to stay away from the Seanchan ships. Nynaeve then books the passage for four and tells Domon that "you will sail with something better than damane". She then pulls a cord out from underneath her dress that has two rings on it. Min recognises one, Lan's ring, as the one in Nynaeve's aura but Domon recognises the other ring, the ring that Aes Sedai wear. Domon admits "there do be a chance" that they might escape, but then warns them of the consequences of showing that ring.

Domon saw an Aes Sedai and her Warder come to Falme after the Seanchan invasion. "One of them must have been careless, for the Seanchan had an ambush laid for them" and six damane shielded the Aes Sedai. From the description, one of those damane was Ryma, an Aes Sedai of the Yellow Ajah who had to betray her fellow sister. Nynaeve is unperturbed by this and tells Domon that they will sail soon and that if he doesn't agree to take them now, they will find another ship and he won't have the protection of three women who can channel. Domon agrees to sail with them aboard and the three women leave the tavern. They go back to the room Nynaeve and Elayne have hired to make a plan for freeing Egwene.

Nynaeve has had this for a while, so the time it will be important is yet to come. It may be that she used it to prove she was Lan's wife and so gain him an army, or it may be something else entirely.

We do not see anything that is clearly the resolution of these visions (or this vision if the two are connected). The neither seem to be related to the severed hand, unless that is yet to come