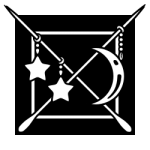 Alanna has gone missing and everyone is wondering where she is as well as where Rand is.

As Min sits on a window ledge, Nynaeve asks how she can sit there calmly when Rand has been missing for three days. Min says he needs time alone. Min thinks about the emotions she had felt through the bond pain, anguish, and despair like nothing he had experienced but then she though of the warmth that had come afterwards. Min tells Nynaeve that if he remains gone for a few more days she will lead her to him. A moment later Sarene walks into the room, she tells them that Cadsuane has summoned them because Alanna has disappeared.

Corele is explaining to Cadsuane that she has no idea how Alanna left stating that she felt nothing. Bera says she felt Alanna channeling but not enough to travel. She also says she often heard Alanna crying in her room. Cadsuane asks Nynaeve is she recognizes a folded piece of paper with a red seal on it but Nynaeve says no. Nynaeve asks why it matters and Min points out that she is a pathway to Rand and as Cadsuane points out the shadow can be pretty persuasive. Cadsuane has some tea brought to her and takes a sip, noting that it is amazing, the best tea she has had in a long time. Min then lets them know that Rand has arrived.

Who is the letter from and what was in it?

The seal is similar to the one on the letters Verin handed out.