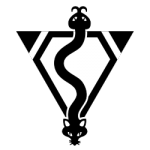 The One Left Behind

Mat, Thom, and Moiraine escape the Tower of Ghenjei.

Mat, Thom, and Noal are trying to escape carrying Moiraine. Noal tries using a drum to soothe them but it doesn't work so Mat uses nightflowers and exploding cylinders that are really powerful. There are Aelfinn bodies littering the floor. They enter another room. Mat thinks to himself about how he can't use the trick of going back to the room behind them because the Aelfinn are chasing them. Noal asks Mat to use another cylinder but he tells him that was the last one. Thom brings up the fact that the Finns had told Mat about his eye, he asks Mat if they told him anything else that might help but Mat says they just threw him out through the doorway in Tear. They continue on till Noal tells them he is going to delay the Aelfinn so Mat can use his luck to find a way out. He tells them that if they ever see a Malkieri to tell him that Jain Farstrider died clean. They take off and shortly enter another room where Mat spins using his luck and faces the way he came. They follow it and end up in a new room with yellow columns made in the shape of enormous vines twisting around one another with an open cylinder of space at the center, with lamp stands that held globes of white that give the room a soft light, and the floor is tiled in the pattern of white and yellow strips, spiraling out from the center. It is the room where Mat received his answers. He sees the doorway into the other room or the rubble left by it, it had been shattered. Moiraine wakes up but Mat is trying to figure out how to get out. Thom starts playing music which slows the Aelfinn down and Mat ponders on the last time he escaped. He realizes that when he asked to be free of them he got the ashandarei. He then sticks the ashandarei into the wall and carves a triangle and a wavy line it opens a doorway and the Aelfinn pull back. They step through and Mat says that it looks like you can win the game.

If there was ever any doubt, Noal confirms he is in fact Jain Fairstrider.

This was given as one of Mat's gifts the first time he went through the doorway in Rhuidean - as a way out.