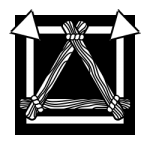 Now that Moiraine and Siuan have been raised to Aes Sedai, there is much for them to learn. This includes things such as the Warder Bond, the trick for ignoring heat and cold, and Ajah secrets. At the same time, Siuan is still working for Cetalia Delarme, something about which she complains a lot.

About a week after Moiraine and Siuan are raised to Aes Sedai, Ellid is summoned for her test, but does not return from the ter'angreal. Another week later, Sheriam is summoned, passes, and chooses the Blue Ajah.

A few days later, it is announced that Tamra has died in her sleep. Moiraine thinks that perhaps the new Amyrlin Seat will free her from the job of handing out the bounty, and then is immediately disgusted that that is all she can think about. As a penance, she forces herself to wear the lightest color of dress that Tamore sends to her, a blue so pale that it is nearly white. It is also snugly cut, and earns Moiraine stares from many of the other Sisters. At Tamra's funeral, many of the Aes Sedai, including Moiraine, speak.

The evening after Tamra's funeral, Sierin Vayu of the Gray Ajah is raised to the Amyrlin Seat. She is a very strict woman, but she does let Moiraine off from the bounty job. However, she also commands that Moiraine stay in Tar Valon.

Nevertheless, Moiraine still plans to leave. She says goodbye to Siuan and then heads out into the city. First, she visits Mistress Dormaile, her banker, where she takes out two hundred gold and silver crowns, as well as several letters-of-rights. Her next stop is at Tamore's dress shop, where she picks up her Cairhienin-style riding dresses. She hires porters and buys everything that she needs before buying passage on a ship named Bluewing. As the ship pulls out of harbor, she catches sight of a tall man staring after her. He fits Mistress Dormaile's description of the Cairhienin man who tried to get access to Moiraine's finances.

As the ship continues to sail away, Moiraine thinks about how she has now passed into disobedience to the Amyrlin Seat.

Was she intentionally lying here? It seems more like just hyperbole and exaggeration, but she was still prevented from speaking