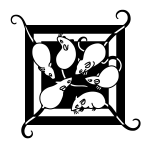 Lelaine and Siuan discuss their situation. Siuan explains to Bryne why she didn't stay to fulfil her oath to him. Later on she updates Egwene about Halima, Delana, Lelaine and the bonded Aes Sedai.

Lelaine and Siuan discuss their situation. The talks with the White Tower Aes Sedai are not going well and Siuan is displeased to discover Lelaine thinks of her as an attendant. Lelaine has become more supportive of the older novices, partly to oppose Romanda and partly to link herself to Egwene. It seems to be working as Siuan considers she is winning the battle for influence. She distracts her by mentioning that she saw Maralenda and Romanda talking together. Lelaine decides to pay off Siuan's debt to Bryne, which Siuan objects to as she doesn't want him to think badly of her. She tells Lelaine that doing his laundry allows her to keep an eye on him.

Later, in his tent, Bryne compliments Siuan on her laundry skills and asks why she broke her oath. She tells him she didn't break it as he never specified when she would do the work. He is unsatisfied with this so she tells him she has known of the Dragon Reborn and the Black Ajah for twenty years and swore an oath to see him to Shayol Ghul and that this oath takes precedence. He accepts this and offers to release her, which she refuses. He tells her it is time to bed down and to give his regards to Egwene.

In Tel'aran'rhiod, Siuan tells Egwene about Halima being one of the Forsaken and that Delana was Black Ajah. She also tells her that the Aes Sedai sent to destroy the Black Tower have been bonded by Asha'man and that Rand has offered them forty seven Asha'man in return to balance things. She warns Egwene about Lelaine but Egwene says it will be good to have a strong leader if she does not return.