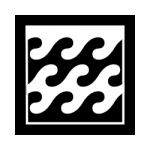 Elayne and Nynaeve go up onto the deck to see if the ship is all right, which it is. Elayne believes that her letter caused Rand to overreact and channel, "Men always overreact when they let their emotions go". They then notice that Thom and Juilin are trying to board the ship and Coine tells them that they want passage. Under normal circumstances, she couldn't refuse them but "I will do so, if you ask it". Coine knows Juilin as "twice he has found those who pilfered from us". Nynaeve and Elayne decide to talk to the two men before making up their minds on whether or not to ask Coine to refuse passage.

As they approach the two men, Elayne thinks that she recognises Thom, "She had been struck by something familiar about him", though she cannot remember why. She then asks Juilin why he wants to travel to Tanchico and reminds him that "You had not served us very well". He points out that the last time he saw them he helped them escape from their cell in the Stone; Nynaeve is not happy about being reminded "that they had needed help that time". He then tells them that he was woken by Lan who asked him to accompany them to Tanchico. Apparently, Rand also gave a message for Juilin telling him to do that and "I was given a great quantity of gold". Both men were emphatic that if they did not return in one piece, "Shall we just say it would be better to drown myself than come back".

Thom then explains that "a lady of our mutual acquaintance", Moiraine, asked him to accompany them. He has been to Tanchico before and can "help you with a good many things". Elayne is once again struck with the familiarity of Thom and pulls one of his moustaches, "I seemed to remember doing that before". Nynaeve then agrees that they should be allowed passage and makes the two men swear that they will do as they are told. Both agree reluctantly and go to see Coine. Nynaeve explains that they must be firm with Thom and Juilin because at least Thom knows that they are Accepted, not full Aes Sedai, and they will soon know that they will search for the Black Ajah. She doesn't trust either man because "Juilin Sandar betrayed us once before" and for Thom, "He admits being sent by Moiraine".

A Tairen pilot is ushered aboard and they set sail out through the Fingers of the Dragon. As they see the Sea of Storms, the pilot leaves the ship and they sail out into the sea. When they can no longer see land, all the women take their blouses off, as is customary for the Sea Folk. Elayne talks to Thom when she sees that he is alone up on deck; "Are you not happy, Master Merrilin?" Thom's answer explains that he feels trapped, probably talking about how Moiraine convinced him into going to Tanchico, though Elayne doesn't know this. He talks of how the events leading up to Tarmon Gai'don will not be known in the next age, that the characters will all be changed; "two dozen generations and you may be the hero of it". He then talks about legends from the age before the Age of Legends, which seem familiar to our age. "Mosk and Merk" describe Russia and America in the Cold War while Elsbet is Queen Elizabeth I of England. This makes most people believe that we are living in the age before the Age of Legends.

Thom goes on to talk about Shara, the land beyond the Aiel Waste. He explains that the Sea Folk only see "a few miles around the handful or harbours where they are permitted to land". Landing anywhere apart from these harbours is forbidden and it was the same for the Cairhienin traders who travelled the Silk Path. Elayne points out that he could learn more from the Sea Folk about Shara, something that puzzles Thom; "I have never heard any such name". When Elayne asks him why he agreed to accompany them, he explains that "Aes Sedai asking favours are not easily resisted". Elayne then leaves Thom and walks towards the stern of the ship.

There, she sees Jorin channeling weaves of Air and Water, changing the weather so it is favourable for the ship. When Elayne approaches her, Jorin explains "I meant not to do this at all, but Coine says we must go quickly". Elayne realises that that was why "the Sea Folk do not carry Aes Sedai" and "That is why it was your decision to let us aboard". Jorin explains that it is kept secret because "Your White Tower will try to interfere" and Elayne cannot deny that. Not all the Windfinders can channel and some channelers are sent to the White Tower to avoid suspicion. Elayne promises to try to keep the matter secret.

She then asks if there was a damane on the Seanchan ship they had encountered. Jorin says that there was and that "I regret it because we might have saved the woman, the damane". Elayne asks Jorin to teach her how to change the weather because of the complexity and size of the weaves, "I am astounded, Jorin". She also learns that they will reach Tanchico in ten days, something she had thought impossible.

The Sailmistress cannot refuse passage to Thom and Juilin, but she said the Sea Folk seldom refuse such to Aes Sedai. So it is probably only passage to 'regular' people they cannot refuse, but then so many people still do not know much of the Sea Folk.

A ship cannot legally pass through the Fingers of the Dragon without a Tiren pilot, but the Sea Folk can navigate the waterways without the pilot. They only reason keep the pilots on board is so that their ships can return to Tear again.