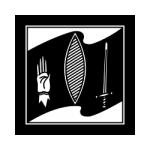 A Portion of Wisdom

Rand receives an anonymous letter indicating where the last two men he is looking for are.

Rand is in an inn called The Golden Wheel showing drawings to a serving man. The man thinks he recognizes one of the men in the drawing and says that the man should be back soon. Rand buys a drink and makes his way toward a table. On his way toward the table he hears various rumors. One is about a body that was found all black and swollen, another that said he was crowned the King of Illian. Reaching a table in the corner, Rand sits to wait. As he waits, the voice of Lews Therin starts to whisper in his head, but Rand suppresses him. Then Lews Therin forces his way back, shouting, and causes Rand to spill his wine. The man that the serving man was speaking of comes in, but it's not who Rand is looking for.

Rand gathers his cloak and leaves the inn. As he's heading back toward the inn he is staying at, Verin heads him off. They have a brief discussion in which Verin tells him that the Seanchan have entered Illian and that Min, Nynaeve, and Alivia are out riding with Cadsuane. Rand tells Verin to ask Cadsuane to be his advisor. Verin tells Rand to come to the Barsalla Palace that evening.

Verin then heads off and Rand returns to The Counsel's Head. Lan enters a few seconds after Rand and they sit down together to have a cup of wine. Rand tells Lan that he plans to leave Far Madding in the morning and explains why. Rand then asks Lan if he knew that Nynaeve and the others went riding with Cadsuane and Lan tells him that Nynaeve had forbidden him to tell.

Nynaeve and the others come into the inn. Rand asks them if they liked their ride with Cadsuane. After a brief discussion, Nynaeve tells Rand that Cadsuane had showed her what two of her ter'angreal do. One of the rings on her right hand, with a pale green stone, can detect someone channeling. The belt on her waist can hold a small amount of saidar.

As he is about to ask Min to leave with him, the innkeeper comes up and hands Min a letter that had been left for Rand, and says that a woman had been asking for him. Rand tells Min that it was Verin asking after him. Min opens the letter and reads it. Rand is warned by the bond as Min starts to crumple the letter. He jumps up and grabs it from her hand before she can throw it in the fire. Min tells him not to be a fool. He tells her that he promised Verin that he would try not to and then smooths out the letter. The letter is in a spidery hand that he does not recognize and there is no signature.

"I know who you are, and I wish you well, but I also wish you gone from Far Madding. The Dragon Reborn leaves death and destruction where he steps. I know why you are here, too. You killed Rochaid, and Kisman also is dead. Torval and Gedwyn have taken the top floor above a bootmaker named Zeram on Blue Carp Street, just above the Illian Gate. Kill them and go, and leave Far Madding in peace."

The clock in the Women's Room rang the hour. Hours of daylight remained before he had to meet Cadsuane.