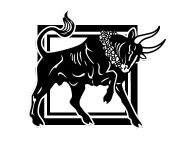 The Subject of Negotiations

Setting: On the ride from the riverbank to the rebel Aes Sedai encampment.

Egwene allows Beonin to approach the Sitters and find a way to start negotiations with the White Tower.

Egwene watches Northharbor from the riverbank of the Erinin. Lord Bryne pushes her for a direct assault on Tar Valon, but she refuses; this would destroy the White Tower completely.

A few days ago, Egwene had agreed on installing a council with one sister for each Ajah as her advisors. It includes the ones who have sworn fealty to her: Anaiya, Beonin, Carlinya, Morvrin, Myrelle and Nisao.

On her way back to the camp Delana asks for a private talk with Egwene. Out of earshot of the other sisters she tells her that there was talk about negotiations with the White Tower. Egwene calls her council to her and has Delana repeat the words. Immediately they start going on about the impossibility of such a suggestion. Only Beonin is in favor of the idea. She thinks the Tower can be reunited this way.

Egwene allows Beonin to approach the Sitters to work out a way to open negotiations with the Tower under the stipulation that Elaida is to be exiled.