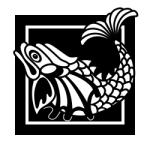 Now on her own, Moiraine begins to search for Siuan. She starts with a poorer part of the city, knowing what types of places that Siuan prefers. She goes into each of the inns that she sees, asking after a young, blue-eyed Tairen woman. After she leaves the first inn, she sees a girl trying to steal her horse. Luckily, Moiraine had wrapped wards around Arrow to let her know if someone tried to move the animal, and she gets rid of the girl.

At the third inn, the innkeeper replies that there is indeed a Tairen woman staying at her inn. She then offers Moiraine some spiced wine. Moiraine begins to accept it, and then becomes suspicious. Using a secret Blue Ajah weave that inspires fear, she instead makes the innkeeper drink it; she does, and then suddenly throws the cup away and tries to run, but falls to the floor after three steps. Moiraine leaves her.

As she searches, people try to steal Arrow several times. Three more times she is offered wine under suspicious circumstances, but Moiraine does not repeat what she did at the other inn.

Finally, as the sun is setting, Siuan finds her and leads her back to her inn, a surprisingly respectable inn named the Evening Star. Up in Siuan's room, they tell each other about what has happened since they last parted. Siuan tells Moiraine that Ines Demain, the woman that they are searching for in Chachin, is in mourning for her dead husband. That wouldn't be a big problem except that she is in the Aesdaishar Palace. Moiraine comes up with a plan that Siuan heartily disapproves of.