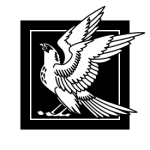 Faile and the other captives are brought to the Shaido's camp.

Faile, the captured women and the Shaido are making their way through the snow. She hardly thinks about Perrin, except to hope he finds out Masema’s secret dealings, because she is more worried about freezing. She is naked and struggling to keep up with the Shaido. There is a small chance anyone could surprise them as they are always alert. She wonders why the Shaido have not traded their green, gray and brown cadin'sor for white that would blend them into the snow. She tries to notice everything so that it can help her when she plans her escape.

Faile tries to look back at her fellow prisoners but ends up falling into the snow. Rolan hauls her out by her hair, slaps her bottom and makes her move even faster. Faile thinks that despite being naked, Rolan does not look at her as a man looks at a woman; she is not sure how she feels about that. Faile continues marching for hours, worrying about which parts of her body will freeze off first. Her feet begin to leave bloody stains in the snow and she worries about frostbite, so she tries to wiggle her fingers and toes as much as possible. She keeps moving until she runs into Rolan. Rolan lifts her up and carries her over his shoulder.

Faile looks back at Alliandre, Maighdin, Bain, Chiad, Arrela and Lacile. Alliandre and Maighdin are struggling, Bain and Chiad seem no worse off than the Shaido and Arrela and Lacile are trying to act like the Maidens with indifferent success. They are all being picked up and carried as well. Alliandre and Maighdin try to fight off the Aiel who are picking them up. Faile calls out to them to let themselves be carried and to obey her. Rolan tells Faile to be quiet and spanks her. Maighdin continues to resist but eventually both she and Alliandre are placed face down in the snow and switched. Both women resist, telling the Aiel they cannot do this to them; the switching continues​ until they are both kicking and howling. Faile has no sympathy for them—they earned every stripe. It’s obvious the Shaido are taking them to someplace with shelter and they need to get there.

As they set off through the forest, the Aiel are moving quickly. Faile is jostled and tries to find a more comfortable position to be in. Rolan tells her to be still and pats her hip. This makes Faile think a delay might not be such a bad thing if she could bite a chunk out of her captor. She recognizes the thoughts as foolish. The swaying motion from being carried begins to lull her to sleep. She has to fight it or she will die. She rhythmically works her muscles, tensing and releasing them. She thinks of Perrin and what he should do to Masema. She imagines the argument they will have when he learns she has been using Cha Faile as spies. The cold seeps into her and she begins losing concentration. Rolan keeps her awake by growling and slapping her bottom. Eventually, Faile slides off into dreams. She dreams of Perrin and of running across a vast icy wilderness.

Faile dreams of a bonfire, and she moves closer to it to be warm. She feels hungry and a tall, bony man in a white woollen cowl moves close to her and gives her hot tea with honey. She gulps the tea and he tells her she must not spill any and that the Aiel offended her honor. Faile realizes this is not a dream. She is not bound any more and the man is a gai'shain. She clutches a blanket around her. The others are there with her in front of the fire, wrapped in blankets and clutching tea. Rolan and the other algai'd'siswai are in the tent as well, watching them. Faile suddenly realizes they must be in the Shaido camp if there are gai'shain here. She realizes this will make escape harder.

Faile asks the gai'shain how her honor was offended. He tells her that gai'shain are not clothed at all until they are given proper robes. But because it was feared they would freeze to death, their captors had wrapped them in their coats and thus named them as weak. He says some of their captors were Mera'din and that Efalin should not have allowed them to do it. Faile wonders what a Mera'din is and thinks she must ask Bain and Chiad. Faile mutters she will see Rolan repaid as he deserves. She asks the man why they are taken gai'shain at all, isn’t that against custom? What if they decide to break other customs and not let the man leave off being a gai'shain at the end of his time? The man says calmly that the Shaido break many customs but he does not. He will serve until his time is up. He asks if she has had enough tea since she is talking so much? Faile snatches the mug and tries to concentrate on finding something in the situation that could be turned to her advantage.