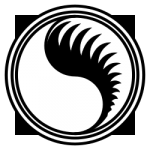 Setting: Ghealdan and outside the Shaido camp

The Shaido are found and Perrin scouts the area with several companions.

Perrin and Arganda race their horses towards the rider, Elyas, and the Aiel Maiden. They both demand news of their loved ones. Elyas says they found the Shaido about forty miles away and there are at least nine or ten septs, and many more counting gai'shain.

Perrin fights down despair at their numbers, while Aram boasts that they don't matter, they can't be worse than Trollocs. The Maiden Elianda reports to the Wise Ones and Elyas calls Aram on his boast. Arganda asks the Wise Ones if the Shaido will accept ransom. Marline says she does not know; it is not their custom, but the Shaido seem to have abandoned ji'e'toh. Berelain offers her jewels and gold from Mayene. Gallenne makes a point that they have not accepted ransom so far.

Annoura notes that negotiation is the best option and begins to say that Aes Sedai should do it. Perrin cuts her off stating no ransom. Perrin asks Elyas to show him their camp. He sends Aram to have Grady meet them at the Traveling Ground. Perrin becomes more fearful on the way there.

Elyas sees the Darkhound tracks at the Traveling Ground. Perrin tells him of Masuri's findings. Elyas is surprised at her knowledge. He tells Perrin that the Darkhounds were once the souls of wolves. He thinks they were made during the War of the Shadow. A hundred wolves will die trying to kill one Shadowbrother. If they fail the Darkhound will eat the souls of the ones not quite dead and a new pack will be born. Elyas doesn't know if they can eat the soul of a Wolfbrother.

Several people accompany Perrin, Elyas and Grady to the Shaido camp. Elyas lectures them for caution. As the reach the crest of the hill above the camp, two Maidens appear. Elyas surprises them by recognizing them while they are veiled. They look down on the camp and Marline notes that there are too many Wise Ones for only ten septs. She believes all the Shaido Wise Ones who can channel are below. She says there must be almost five hundred Wise Ones who can channel below. Sulin informs them that sneaking in is impossible, even for Aiel. Perrin's hope is renewed despite the odds.

They are discussing the layout of the town when a burst of colors explodes in Perrin's head. He sees Rand and Nynaeve sitting facing each other. He forces the colors away and becomes aware of Grady, Marline and Annoura peering Northwest. They are unnerved by the amount of saidar and saidin being handled far to the Northwest. They are trying to figure out who could handle that much power, the Forsaken or maybe the Dark One himself? Perrin informs them it is Rand and calls them back to the matter at hand. He tells Sulin he needs prisoners.

Annoura tries to argue that they must know what is happening, Grady can take them there. Perrin will not be swayed. Sulin agrees to find prisoners, but says they will not say anything. Perrin says what little they tell will be more than he knows now.