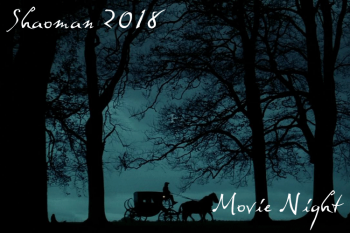 Shaoman 2018 was held October 29 - November 4. The theme of the freeweek was The Legend of the Headless Fade.

7 events were run during Shaoman 2018 and many people participated in different activities. Most participants engaged in the Spamathon, which is hosted every freeweek. Stats from the Spamathon can be found below.

7 groups participated in the Group Theme contest (2 of which were participating together as one theme) and the winner was decided by site-wide vote.

Introduction post - "Welcome to Shaoman! The Legend of the Headless Fade...". Please expand to read more.

Every year at Shaoman, a horror descends upon the town of Whitebridge, appearing on the bridge that gave the city its name, a horror that no man, woman or child is ever really prepared for. The terror of that night, always expected on the twelfth day of Shaldine, is something no one can truly prepare for. What is this fright, this deep, cold fear that the folk of Whitebridge dread? Gather round the fire and sit back to hear . . .

The Legend of the Headless Fade!

In one age, called the Fourth Age by some, a wind arose over the River Arinelle. A cold wind it was, chilling bones and hearts alike . . . the fear was palpable, making the residents of Whitebridge quake in their very boots. Rumors swirled in the streets and lanes, in the finer inns and in the lowliest winesinks. An apparition was seen on the snow-white bridge for which the city was known. A ghost some said, a ghost with no head. Others said it was a Trolloc. “Trolloc!” one man exclaimed. “Trollocs don’t ride horses, you bone-headed buffoon!” No, it was the Dragon Reborn. No—and here they took care to whisper the name softly—it was the shade of Guaire Amalasan. Still others, pretending they were not afraid, said it was just a skulking cut-purse. But they were all wrong of course, the lot of them.

That night it was seen again at an hour of the night when most folk were in their beds: a figure on horseback in a dead-black cloak that seemed to make the darkness of the night around it seem bright as the dawn . . . and it had no head! The man froze when he saw it, unable to move. Despite the fact that it was missing a head, he had the eerie sensation that the thing—whatever it was—was staring at him with all of the malice of the Pit of Doom. The horse whickered and snorted, smoke coming out of it’s nostrils, and the figure raised a dead-black sword as the horse reared, its cloak hanging utterly still. The man scrabbled back into a hollow at the foot of the bridge that lead to the sleepy square, so terrified that he turned and threw himself into the river below, heedless of the long, killing fall. But the Light preserved him, and the cold waters of the river shocked him so that he returned to his senses—as much as one can return to their senses after witnessing such a heart-stopping display. He heard the shouts of men on a passing trader’s vessel, felt the tug of a rope under his arms and himself being hauled up where he landed on the deck with faces staring down at him, asking him questions. At last he managed to answer one of them: what was his name? “Comgal.” But so exhausted was he by fear, cold, and fighting the river, that he lapsed into unconsciousness.

When he woke up at the Wayfarer’s Rest, the woman sitting beside the bed quickly called for Bartim, the innkeeper, who was no stranger to frightening things. He once saw the false Dragon Gorin Rogad with his own eyes, and when two young men showed up with a gleeman just a few years before the Dragon Reborn proclaimed himself, a small, crazed, dangerous looking fellow showed up asking questions . . . and then a man, all dressed in the blackest of black with a hood that hid his face entirely came asking the same questions in a voice that chilled the blood to hear. Just thinking of it made him shift his eyes about, he remembered the gaze from that hood so well—or the feeling of it on him at least. He swallowed hard when Comgal finished telling him what he saw on that bridge, remembering the years that followed that meeting and the troubles that came after. He recalled the stories told around mugs of ale and games of dice about . . . a Fade . . . Light, could that black-cloaked figure asking questions about the gleeman and his companions really been a Myrddraal? A sheen of sweat broke out on his brow as he swallowed again. A Fade in the square fighting a gleeman. It could only have been the very same gleeman he saw with those two young men. A gleeman he might have been, but he had the look of familiarity with danger. Or maybe he was one of those Light-cursed men who could touch the Source. Some said lighting flashed from his knives as he struggled with the Shadowspawn, others that he died under the Fade’s black blade, and others still that the gleeman emerged victorious. A gleeman killing a Fade? It seemed impossible to believe. But he couldn’t help but wonder if the . . . the thing Comgal described on the bridge . . . wasn’t the very same Fade the rumor all those years ago said fought with a gleeman.

Welcome to Shaoman! This is one of the Freeweeks we have at TarValon.net, where we open up the Faregrounds for fun and games! Gather with your usergroups and pick a theme to dress up, make a thread and play games, and all around have a great time! But watch out for the Headless Fade!

In this forum, JMs need not use titles to address SMs, but remember to respect one another. If you have any questions or concerns, please email outreachactivities@tarvalon.net. 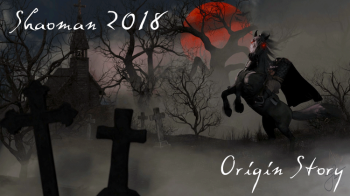 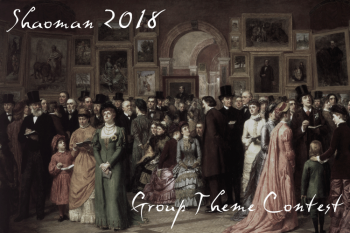 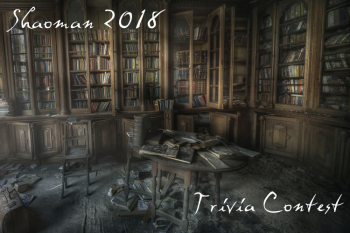 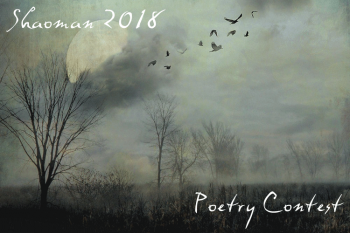 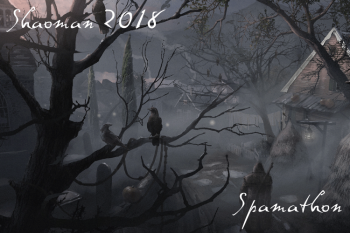